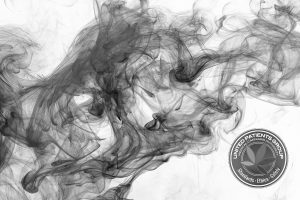 Research over the last ten years has shown that vaporizing cannabis-either the plant itself or through an oil-is better for your respiratory system than straight smoking. On the other hand, a lot has changed over the last decade and now there are more vaporizing options than ever before. What is the real deal when it comes to smoke vs. vape and how can you make the best choice for your particular health situation?

Research Says Vaping is Best for Your Respiratory System

Common sense would indicate that any time you smoke any kind of plant substance (with the possible exception of the herb mullein), the act is going to adversely affect your lung area in some way through irritation of respiratory pathways; this fact is especially important to bear in mind for those who already have conditions such as asthma, chronic bronchitis or emphysema. 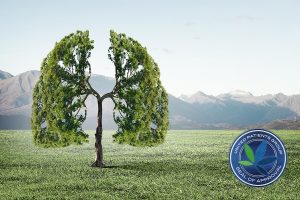 The connection between cannabis smoking and lung health was brought to the forefront about ten years ago with a comprehensive involving close to 7,000 participants conducted by researchers at State University, New York and the University of Southern California. In the report, published in Harm Reduction Journal, researchers stated that “the safety of cannabis can increase with the use of a vaporizer.” They also found that “regular users of joints, blunts, pipes, and water pipes might decrease respiratory symptoms by switching to a vaporizer.”

These findings make total sense when taken at face value. However, a discerning reader may raise an eyebrow at the fact that the study surveyed both cigarette smoking and cannabis smoking in determining whether vaping makes a difference for lung health. Hands down, says the study (and who can disagree with them?), the “potential 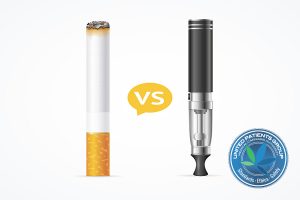 for cannabis-induced lung problems is particularly important in light of frequent concurrent tobacco smoking” since “the number of cigarettes smoked and amount of cannabis used interacted to create worse respiratory problems.”

Despite the added factor of cigarette smoking which could have clouded the results, the researchers never the less concluded that switching to vaporizing cannabis is just plain better for your lungs “even when age, sex, cigarette smoking, and amount of cannabis used were taken into account.”

Fine Tune Your Vape Experience: Quality is Number One

By now, it is common knowledge that vaping cannabis is a lot safer for the lungs than smoking tobacco and now-a-days, there is more than one way to vape. Still, the options are pretty easy to understand. Basically, you have:

Some patients prefer to use vaporizers that convert dry herb and flowers to cool vapor. This preference can be for a variety of reasons: 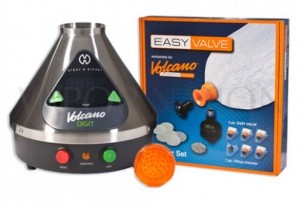 taste, consistency of experience and ease of access for herb versus oil, just to name a few. However, most medical cannabis users who vape use oils. This is because the extraction process that renders cannabis oil can normally fine tune CBD and THC levels more exactly than dry herb can.

The key thing to remember, however, when it comes to using any kind of vaporizer is quality. Experts recommend staying away from any kind of vaporizer that is mass-produced or may have been put together using chemically-harsh glues or heavy metals. It is worth doing your own research into companies that can guarantee their products are made without the use of these materials than can off-gas at high temperatures. It is also best to stick with ceramic or titanium heating elements; these are seen as safer than vapes made of steel, glass or fiber.

Not All Oils are Created Equal

When you use an oil-based vape, the oil you buy will have been extracted from the plant through the use of one of several kinds of 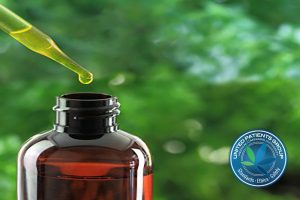 methods. Most extraction methods use a solvent to pull the chemical “good stuff “out of the plant (one exception to this is the production of cannabis rosin, which can be consumed using a vaporizer but is not an oil and uses a solvent-less process).

Again, a little bit of research goes a long way since different extraction methods can yield different results, especially in terms of how much CBD, THC, and terpenes are pulled from the plant and what harmful chemical residues may be left behind.

Some typical solvents include: naphtha or petroleum ether (Rick Simpson’s solvent of choice), Ethanol, oils such as olive and coconut, CO2, propane and butane.

A recent University of Siena (Italy) and Leiden University (Netherlands) study published in the journal Cannabinoids compared the various extraction methods in terms of safety and effectiveness for health. What the European researchers stated in regards to naphtha (petroleum ether) was startling: “…they are each considered cancer hazards according to their respective Material Safety Data Sheets (MSDS) provided by manufacturers.”

The researchers also discovered that of all the solvents utilized in extraction, naphtha was shown to display the lowest amount of terpenes left within the substance and a higher level of THC overall. On the other hand, ethanol and olive oil were determined to be “the most effective” for health because of the large concentration of terpenes left behind in the extraction and because both ethanol and olive oil are considered extremely safe for consumption.

Remember that the healing effects of cannabis don’t just come from CBD and THC alone. The terpenes found in cannabis (of which there are hundreds) have a profound effect on how cannabis strains can effect healing and are a vital part of the overall Entourage Effect of cannabinoid therapy.

Smoking Cannabis for Lung Cancer: Is It Safe? 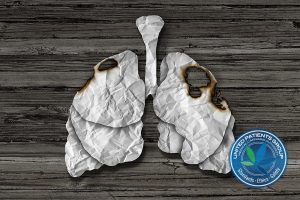 A small side-note regarding smoking cannabis and lung cancer should be mentioned here. First, it is no surprise that to date there have literally been thousands of anecdotal cases (and an increasing number of research studies) that have verified the effectiveness of cannabis in all its forms on healing cancer.

Still, if you or a loved one has been diagnosed with lung cancer, you may wonder if smoking cannabis can hurt or help your condition. According to research compiled by the advocate group NORML, there have been no studies to date to link cannabis smoking directly with lung cancer, unlike cigarette smoke.

Cannabis smoke also contains cancer-fighting substances that cigarette smoke does not, namely THC (delta-9-tetrahydrocannabinol) and CBD (cannabidiol). NORML also notes that cannabinoids “stimulate other biological activities and responses that may mitigate the carcinogenic effects of smoke, such as down-regulating the inflammatory arm of the immune system that is responsible for producing potentially carcinogenic free radicals (which can promote the progression of cancer).”

On the other hand, it must be noted that cannabis smoke does contain some of the same carcinogens, as tobacco smoke, namely the health-harming chemical benzopyrene.

The main take away when it comes to smoking cannabis for anyone who has respiratory conditions (including lung cancer) is this: the jury is still out as to whether the health-promoting effects of smoked cannabis outweigh its harmful effects. Until more hard evidence is presented one way or another, the best course of action is to play it safe and use a vaporizer (or consume in another way other than smoking) if you are concerned about respiratory health or already have a pre-existing respiratory condition.

The “Healing Hormones”: What are They and How You Can Get More of Them Naturally
February 5, 2018
4 Comments
Leave Comment