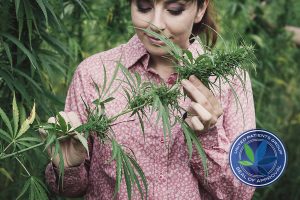 As a superfood, cannabis shares a lot of the same healing substances that other healing plants do. For example, cannabis contains phytonutrients just like sulforaphane-rich broccoli sprouts and resveratrol-heavy dark berries do. What sets cannabis apart, however, is the fact that, when it comes to healing, it is a true chameleon in the best sense of the word. The reason why it has such an effect on so many conditions is due in large part to the presence of terpenes within the plant and how these terpenes interact not only with other substances in the plant but with our own bodies through the endocannabinoid system.

What is a Terpene and Why Should I Care?

Terpenes are what creates the unique aromatics of certain plants and gives them their “signature smell” and are the basis for essential oils therapy, another powerful healing modality. Citrus fruits, for example, smell the way they do because of the limonene, a type of terpene that occurs within them. Plants use terpenes to protect themselves from destructive insects, grazing animals, fungus and other harmful invaders. As essential nutritional substances, humans need terpenes as well to maintain health. Why do you think that nutritionists and doctors have proclaimed that the healthiest diet in the world is the Mediterranean diet? In part, it has to do with the terpene levels common in these foods.  Pinene can be found in pine nuts, caryophyllen in oregano and peppers and limonene in lemon zest. Because the Standard American Diet (SAD) is lacking in so many essential terpene substances, this is causing a deficiency in terpenes in most humans.

True to form, the cannabis plant does not just settle for one or two kinds of terpene to express, like rosemary or lavender does. Scientists, researchers and 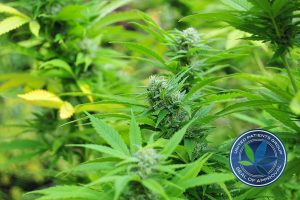 growers have discovered over 200 kinds of terpenes in cannabis; some give off a unique odor and some do not. Of course, as growers and consumers get more specific in what kind of plants they want and need, the number of terpene combinations (i.e. strains) increases.

So why should you care about terpenes in cannabis? For two reasons. One, terpenes can modify the impact that THC has on your body and certain terpenes will enhance the potency. The presence of the myrcene terpene, for example, is why eating mangos an hour or so before using cannabis can result in a stronger THC effect. The second reason is that it is often the kind of terpenes within the plant that correlates with specific healing effects on disease conditions.  If you want to be targeted in healing your particular condition with cannabis, you will want to know what kinds of terpenes are in the marijuana you are currently using or are considering. 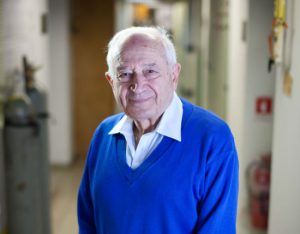 The “Entourage Effect” in cannabis therapy is the science of how terpenes and cannabinoids combine together to treat specific diseases and conditions. The concept (and the phrase) was introduced in the late 1990’s by S. Ben-Shabat and Raphael Mechoulam of Hebrew University of Jerusalem. There are dozens of ways in which terpenes interplay with cannabinoids as part of this effect. One big way, for example, is how terpenes can block certain cannabinoid receptors in the brain while promoting binding in other receptors.

There are over 400 chemical compounds in a typical cannabis plant so while terpenes aren’t the only factors in determining a particular effect, they are definitely a major substance to consider and work with for targeted healing. Other substances that play a part in the overall “Entourage Effect” include esters, lactones, ketones, fatty acids, alcohols and steroids, just to name a few.

5 Common Terpenes in Cannabis and What They Do

Research is constantly evolving when it comes to medicinal cannabis in general, and especially when it comes to terpenes. The five kinds of terpenes and their corresponding conditions listed below are some of the most well-known so far: 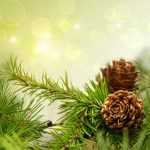 Pinene derives its name from its “piney” scent. The most common form of vegetation this terpene can be found in is, of course, pine trees. It is also found in high amounts in turpentine, rosemary and cannabis.  Pinene is significant for the endocannabinoid system because it forms the basis for the CB2 ligand, according to a study published in the British Journal of Pharmacology in 2011.  Other studies show that pinene is beneficial for respiratory conditions, pain relief, calming inflammatory responses, and for fighting cancer. It also appears to play a role in memory retention. Several studies have linked improved memory retention in Alzheimer’s patients to THC in certain marijuana strains. Some speculate that the way in which pinene and THC works together plays an important part in this particular effect. 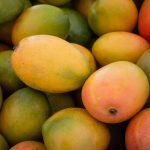 Myrcene acts as a calming agent for the body; as such it is a helpful substance for fighting insomnia. It also determines how much THC will eventually arrive and “lock in” to our neuro-receptors. Some theorize that this is done through myrcene’s ability to change the permeability of cellular membranes in order to allow THC and CBD to leave the bloodstream. Myrcene is also vital for the formation of other terpenes. It is found in high concentrations in hops, mangoes, sweet basil and cannabis. One of the most important therapeutic benefits of myrcene is its use as an antibiotic (it helps to catalyze this potential in other terpenes it comes into contact with as well). It is also an analgesic, anti-spasmodic, antibacterial, can assist in balancing diabetic conditions, can aid in soothing inflammatory responses and shows promise as an inhibitor of cellular mutations like cancer. 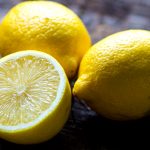 Limonene is most known for its presence in citrus fruit and for its one-of-a-kind tangy-bitter odor and taste. Besides being found in high amounts in fruits like lemon, orange and grapefruit, it can also be found in many different strains of cannabis. Limonene is a powerful healer by itself and also has a great effect as part of the “Entourage” for cannabis therapy. Therapeutic effects include digestive relief, anti-fungal, a natural treatment for anxiety and depression, and a powerful stimulator for the immune system. This last effect makes it a powerful ally in healing cancer, something that scientists have been studying for years. 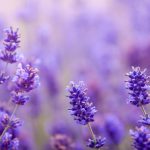 Linalool is a terpene that is most known for its presence in the relaxing herb lavender, which has been used as a sleep aid for thousands of years. Linalool is also vital for the production of many essential elements in the body, including vitamin E. Besides its ability to calm the nervous system for stress reduction, Linalool is known as an anti-inflammatory. It has also shown promise as an anti-seizure/anti-convulsive agent. A 2010 Brazilian study of three types of linalool terpenes in mice found that all three helped dissipate convulsive responses. Could the presence of linalool in some strains of cannabis add to its known effectiveness for pediatric seizures and seizures in adults? Hopefully time (and research) will tell. 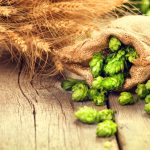 Humulene is most prominently found in hops as well as sage, ginseng and cannabis. Humulene is a sesquiterpene and, as such, is a powerfully healing substance. Like many terpenes, it also has anti-inflammatory and analgesic effects. It has shown to be an appetite suppressant and can help with allergies.  Humulene may also have an effect on promoting cancer cell apoptosis (cell death) through something called the Reactive Oxygen Species (ROS). More studies are needed to determine just how humulene affects this process to help fight cancer.

So there you have it, yet another component of the miraculous healing plant called cannabis. As this series comes to an end, we hope that you now have a better understanding of how cannabis works with the body through the endocannabinoid system as well as how the various substances — namely THC, CBD and terpenes—work together to create balance and healing in your body.

Take our survey and check your knowledge below.