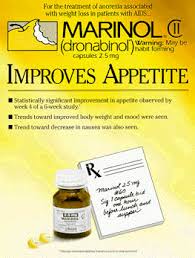 Marinol, a synthetic form of THC, was first approved by the Food and Drug Administration (FDA) in 1985 as an anti-emetic for chemotherapy patients and then in 1993 as an appetite stimulant for AIDS patients.  Marinol is touted by those that oppose the legalization of medical marijuana as being an equivalent alternative to cannabis for pain and symptom management, in spite of decades of medical and patient evidence that proves otherwise.

Marinol, whose active ingredient is dronabinol, is a prescribed oral medication that comes in capsule form of either 2.5, 5 or 10mg.  The pills are supposed to offer the same relief that medical marijuana does, but for many this is not the case.  Besides being very expensive, many who take Marinol say it takes a long time to have an effect and that when it does kick in, the effects can be too powerful and long lasting.  Many patients report getting much better results from inhaled, vaporized or ingested marijuana as they can more easily control the dose and these other methods offer immediate relief. 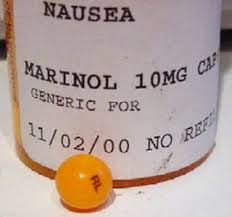 the time they pushed Marinol through the FDA approval process. Just before Marinol was approved, the FDA was administering a medical marijuana treatment program in which a very small number of patients (12 or so) were receiving marijuana on a monthly basis delivered from a federally approved farm out of a small town in Mississippi.

So what happened to that program?  The AIDS epidemic hit, and as more and more found that traditional drugs were not helping to ease the painful symptoms associated with the disease, more applications asking for approval to use marijuana as medical treatment came in.  The timing could not have been worse – all of this was occurring while the United States was in the middle of their “War on Drugs” campaign.

In true US government fashion, the response was to quickly push Marinol through the FDA approval process as a way to alleviate and sidetrack the mounting political pressure to legalize the medicinal use of cannabis.  The official federal ‘party line’ was that Marinol was as effective as marijuana and therefore precluded the need for using it as a medication.

Enough clinical trials using Marinol had been completed for opponents of medical marijuana to know two things:  one, the pills often made patients feel bad and therefore, because they were not fun to use, there was little threat of them being distributed for recreational and illicit use; and two, having an approved ‘marijuana’ pill could be used as a counter-argument to those advocating for the legalization of cannabis for medicinal use.  That’s what you call a smoke-screen, pun intended! 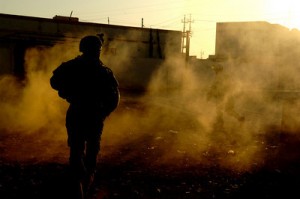 A smoke screen is defined in military terms as a screen consisting of a cloud of smoke that obscures movements.  In this case, it takes on another meaning- the approval of Marinol was an intentional act taken to conceal, confuse or obscure, to deceive and thereby derail the growing movement to allow marijuana, a far superior drug, to be used as medicine.

Unfortunately, those needing the relief that marijuana offers through smoking, vaporization, ingestion or tinctures must risk the threat of arrest in order to use the medicine that is most effective, has much fewer side effects, and is much more affordable than Marinol.

For more information, please feel free to contact one of our medical professionals for a one on one consultation.