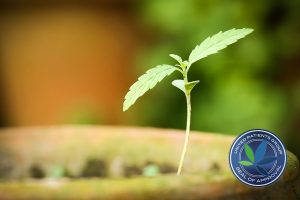 The medical cannabis advocacy community is standing on the brink a new era, loaded with more unknowns than it has faced in literally decades. Which makes this moment, as much as any, an appropriate moment to examine laughably self-contradictory government pronouncements and actions related to medical use of marijuana.

On August 11, 2016, in the waning days of the Obama administration, the U.S. Drug Enforcement Agency (DEA) declined to remove cannabis from Schedule 1, where it has languished since the Nixon Administration. Schedule 1 substances are deemed by the Food and Drug Administration to have no medical use. To support this (apparently foregone) conclusion, the DEA cited an evaluation by the Department of Health and Human Services (HHS).

The problems with this pretext for letting cannabis languish in the same category as heroin and LSD are as obvious as they are disgraceful.

First, it is clearly undermined by positive findings in at least 41 high-quality peer-reviewed studies of 14 diseases and conditions, including medical cannabis Parkinson’s Disease, 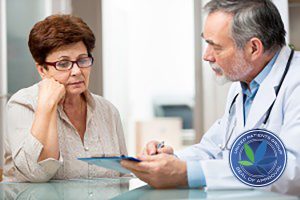 Second, the 1970 placement of cannabis on Schedule 1 was the act that created expensive, prohibitive, potentially criminal barriers to “adequate and well-controlled studies” of its chemistry, efficacy and safety in the first place. The Catch-22 nature of the DEA’s decision couldn’t be more transparent.

But if you want the opportunity to make money from investments in pharmaceutical companies, it’s a whole different story. That’s because in a different set of the halls of government, the U.S. Patent Office apparently hasn’t gotten the DEA/HHS memo about cannabis having “no recognized medical use.”

In fact, the agency been handing out patents to British GW Pharmaceuticals and its Japanese manufacturing partner, Otsuka Pharmaceuticals, for quite some time. A total of fifteen patents have been issued to this powerhouse pharma partnership since 2012, in fact. 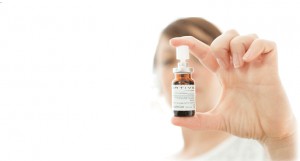 GW and Otsuka brought the world’s first prescription medication derived from whole cannabis to market: the oral spray Sativex (which treats spasticity due to multiple sclerosis). The partnership is also responsible for the development of medical cannabis product Epidiolex, a liquid extract which is currently being developed for the “orphan disease” Dravet’s syndrome, with more medications based on THC and cannabinoids in their development pipeline.

Also: GW and Otsuka are not the only companies that have ever acquired patents on cannabis-derived medicines; they’re just the most active at the moment.

Still more puzzling to literal-minded observers, however, is the very existence of U.S. Patent No. 6,630,507.

In 1999, the U.S. Department of (wait for it) Health and Human Services filed for a patent based on marijuana’s neuroprotective and antioxidant properties and its potential to treat

The abstract of Patent No. 6,630,507 cannot state it more clearly: “The cannabinoids are found to have particular application as neuroprotectants, for example in limiting neurological damage following ischemic insults, such as stroke and trauma, or in the treatment of neurodegenerative diseases, such as Alzheimer’s disease, Parkinson’s disease and HIV dementia[.]”

And in 2011, the National Institutes of Health granted an exclusive license for the technology outlined in patent 6,630,507 to Kannalife Sciences, Inc. for the development of cannabinoid and cannabidiol-based drugs for liver-related encephalopathy.

Which would be an absolutely remarkable accomplishment for a substance that has no legitimate medicinal use.

(Here we will pause for a moment to allow heads to stop spinning.)

Let’s Get Our Story Straight…Now 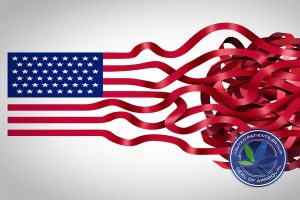 The U.S. Government has always been labyrinthine and given to flights of bureaucratic inconsistency. Drug policy, beginning with the crackdown on marijuana during the Vietnam era and continuing through the “War on Drugs” and uncritical days of “Just Say No” in the 1980s and 1990s, simply served to ossify many of the inherent contradictions surrounding official attitudes toward cannabis, no matter what the evidence may be.

But it remains a jaw-dropping, staggering contradiction in both science, ethics, and common decency that our government 1) Insists there are no known medical uses of marijuana while 2) awarding patents to international for-profit pharmaceutical companies for the development of cannabis-derived medications, and 3) holding a patent itself for medical properties of cannabis.

Medical marijuana patients are understandably nervous about what the incoming executive administration may do about federal enforcement in the weeks and months ahead. The previous administration issued a memo in 2013 allowing states broad latitude to regulate adult use and allow enforcement exemptions to federal prohibition to cannabis’ place on Schedule I.

President Donald J. Trump stated on the campaign trail that he supported the states’ rights to continue to guide their own cannabis policies. But his attorney-general nominee, Jeff Sessions, is notoriously anti-cannabis, and enforcement policy will ultimately rest in his hands, should he be confirmed.

It’s time to bring all federal policies and actions regarding the healing potential of cannabis into alignment—based on evidence and science, not superstition and prejudice.