Are Cannabinoids as Effective as Albuterol for Treating Asthma? 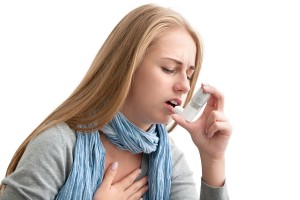 Ongoing research is proving cannabis-based medications effective for safely treating a wide spectrum of medical conditions. The plant’s effectiveness has even inspired Dr. Donald I. Abrams, a cancer specialist at the UCSF Osher Center for Integrative Medicine at Mount Zion, to claim that “if marijuana were discovered in the Amazon today, it’d be front-page news worldwide—a miracle drug.” At United Patients Group, we curate the news about cannabis-based medicines to make it easier for patients to understand and benefit from this so-called “miracle drug.” In this post, we explore the subject of cannabis as a bronchodilator, which some suggest could make it an alternative to Albuterol.

What Is Allergic Asthma?

Let’s first examine the problem: Asthma. People who suffer from asthma experience difficulty breathing, which can be very dangerous. Allergies are the most common cause of

asthma. Nine out of ten children with asthma have allergies, compared with about half of adults with asthma. Allergens—substances that trigger an allergic reaction, such as pollen, dust mites, and mold—trigger our immune system into responding as if it were under attack from bacteria or viruses. Our noses run, our eyes itch, and we sneeze as our bodies work to remove the allergen. Our bodies also produce chemicals called IgE antibodies that cause the release of chemicals like histamine, which in turn causes swelling and inflammation.

Treatment for allergic asthma often includes the administration of anti-inflammatory drugs and bronchodilators that relax constricted muscles around and decrease sensitivity in the airway. 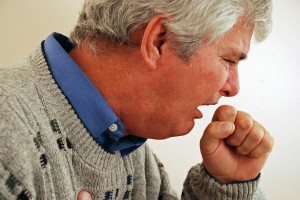 So what does this have to do with cannabis? And, seriously—is anyone really suggesting patients should smoke pot to help them breathe better? How is that even possible? We’ve all seen people violently cough after taking a hit off a joint or bong. Incredible as it might seem, scientists have found that while marijuana—like cigarettes—contains combustible compounds that induce bronchospasms, or coughing, it also contains compounds that inhibit (reduce) coughing. 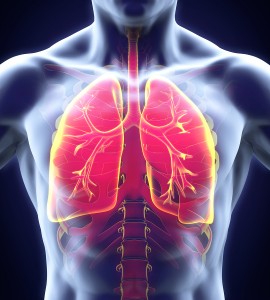 exerting a dual effect on bronchial responsiveness. The researchers observed that when the muscles in the lungs were constricted by an irritant (capsaicin), AEA relaxed the smooth muscles and strongly inhibited coughing. But when the airways were relaxed (by removing the constricting effect of the vagus nerve), AEA caused a coughing spasm.

The good news is that THC, the psychoactive cannabinoid found in cannabis, has similar effects on our bodies to AEA, including the way they both regulate our respiratory system. Research goes back at least four decades. In a 1975 article titled “Effects of Smoked Marijuana in Experimentally Induced Asthma” in the American Journal of Respiratory and Critical Care Medicine, Donald P. Tashkin, MD, Professor of Pulmonary Care at the University of California, Los Angeles, summarized the effectiveness of THC on asthma:

After exercise induced bronchospasm (asthma), placebo marijuana and saline were followed by gradual recovery during 30 to 60 min, whereas 2.0 per cent marijuana…caused an immediate reversal of exercise-induced asthma and hyperinflation. 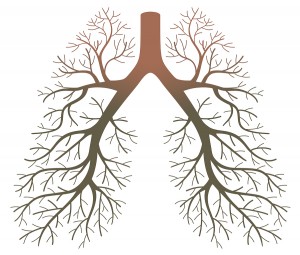 “We think that by targeting cannabinoid receptors in the upper airways we can control coughs in a number of conditions. …That’s important because most treatments currently available basically act on the brain cough center, a small region of the brain that is the target for codeine and similar drugs.”

Interestingly, THC and AEA both do more than just regulate our respiratory systems—they also seem to induce a sense of euphoria. A 2004 study determined that AEA, not dopamine, is responsible for the euphoria known as a “runners high” that athletes experience when they exert themselves. The study’s lead investigator, Arne Dietrich, concluded that our bodies release cannabinoids to help them cope with the sustained strain of moderate or intense exercise. Dopamine as the source of a pleasurable “runner’s high” has been ruled out in other studies that involved the use of dopamine blockers on athletes, who still experienced euphoria when strenuously running or cycling.

Suggested Forms of Administration of Cannabis to Treat Asthma

As mentioned earlier, although cannabis exerts anti-inflammatory and anti-allergic actions, cannabis smoke also contains combustion products—many of which are known carcinogens—similar to those found in tobacco smoke. For those suffering from respiratory disease, inhalation of these combustion products can be avoided by taking cannabis through other forms of administration.

For that reason, many doctors recommend vaporizing over smoking, and some suggest a combination of oral administration of cannabis and an on-demand inhaled medication to mitigate acute asthma attacks.

For more information of how cannabis can treat asthma, please consult with a doctor who is qualified to treat your medical conditions and understands cannabis-based medications. 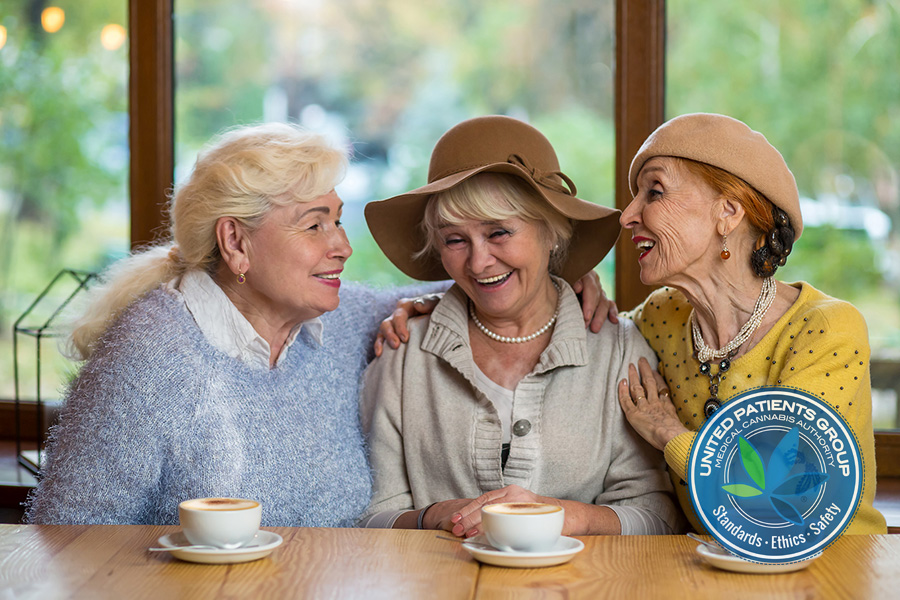 A proper vaporizer is designed to heat medical cannabis to…