In the United States, the debate about the relationship between hemp and marijuana has been diminished by the dissemination of many statements that have little scientific support. This report examines in detail ten of the most pervasive and pernicious of these myths.

Reality: The history of federal drug laws clearly shows that at one time the U.S. government understood and accepted the distinction between hemp and marijuana.

Reality: The THC levels in industrial hemp are so low that no one could get high from 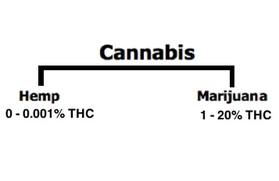 smoking it. Moreover, hemp contains a relatively high percentage of another cannabinoid, CBD, that actually blocks the marijuana high. Hemp, it turns out, is not only not marijuana; it could be called “antimarijuana.”

Myth: Even though THC levels are low in hemp, the THC can be extracted and concentrated to produce a powerful drug.

Reality: Extracting THC from industrial hemp and further refining it to eliminate the preponderance of CBD would require such an expensive, hazardous, and time-consuming process that it is extremely unlikely anyone would ever attempt it, rather than simply obtaining high-THC marijuana instead.

Myth: Hemp fields would be used to hide marijuana plants.

Reality: Hemp is grown quite differently from marijuana. Moreover, it is harvested at a different time than marijuana. Finally, cross-pollination between hemp plants and marijuana plants would significantly reduce the potency of the marijuana plant.

Reality: In countries where hemp is grown as an agricultural crop, the police have experienced no such burdens.

Myth: Feral hemp must be eradicated because it can be sold as marijuana.

Reality: Feral hemp, or ditchweed, is a remnant of the hemp once grown on more 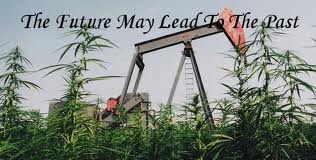 than 400,000 acres by U.S. farmers. It contains extremely low levels of THC, as low as .05 percent. It has no drug value, but does offer important environmental benefits as a nesting habitat for birds. About 99 percent of the “marijuana” being eradicated by the federal government-at great public expense-is this harmless ditchweed. Might it be that the drug enforcement agencies want to convince us that ditchweed is hemp in order to protect their large eradication budgets?

Myth: Those who want to legalize hemp are actually seeking a backdoor way to legalize marijuana.

Reality: It is true that many of the first hemp stores were started by industrial-hemp advocates who were also in favor of legalizing marijuana. However, as the hemp industry has matured, it has come to be dominated by those who see hemp as the agricultural and industrial crop that it is, and see hemp legalization as a different issue than marijuana legalization. In any case, should we oppose a very good idea simply because some of those who support it also support other ideas with which we disagree?

Myth: Hemp oil is a source of THC.

Reality: Hemp oil is an increasingly popular product, used for an expanding variety of purposes. The washed hemp seed contains no THC at all. The tiny amounts of THC contained in industrial hemp are in the glands of the plant itself. Sometimes, in the manufacturing process, some THC- and CBD-containing resin sticks to the seed, resulting in traces of THC in the oil that is produced. The concentration of these cannabinoids in the oil is infinitesimal. No one can get high from using hemp oil.

Myth: Legalizing hemp would send the wrong message to children.

Reality: It is the current refusal of the drug enforcement agencies to distinguish between an agricultural crop and a drug crop that is sending the wrong message to children.

Myth: Hemp is not economically viable, and should therefore be outlawed.

Reality: The market for hemp products is growing rapidly. But even if it were not, when has a crop ever been outlawed simply because government agencies thought it would be unprofitable to grow? 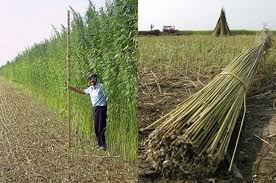 In today’s blog, we’ll take a brief look at some… 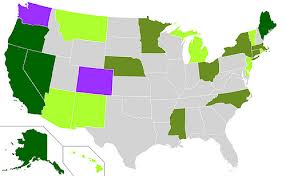 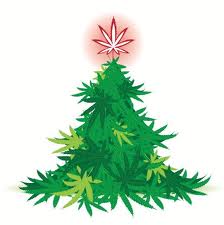 Happy holidays, everyone! What are your plans this season? Will…