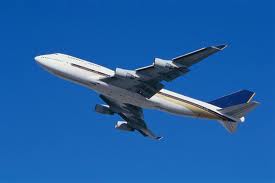 Can I Fly With Medical Marijuana?

This is a frequently asked question by medical marijuana patients and caregivers who are needing to travel outside their resident state. This question is one that immediately brings up one of the most debated political topics around the legalization of medical marijuana in the United States – federal versus state and local laws.

The Answer According to Federal Law

Airports, airspace and airplanes all fall under federal jurisdiction and marijuana, medical or otherwise, is considered illegal under federal law.  Therefore, technically, if you choose to travel by plane with medical marijuana, you risk being detained, arrested and prosecuted under federal law even if the state you are departing from allows you to possess and use marijuana legally.

Under federal law, possession of marijuana is punishable by up to one year in jail and a minimum fine of $1,000 for a first conviction.  For each subsequent conviction, the sentences and penalties increase.

The Answer According to State Law

Whether or not you can fly within different areas of a single state with medical marijuana depends on the state in which you are traveling. Select a state below to find our more information.

Flying with Medical Marijuana in California

The general rule here falls outside state, local and even federal law – never travel internationally with any amount of medical marijuana unless you want to take the risk of being detained, arrested, charged, missing your flight, and having your medicine confiscated.

For more information on Flying with Medical Marijuana, here is a direct link to TSA’s policy.