Keys to Health: Your Endocannabinoid System

What is the ECS?

In order to understand the healing potential of the cannabis plant, it’s important to understand exactly how cannabinoids work within the brain. For that, we need to take a look at the endocannabinoid system (ECS). The ECS was first discovered in the 1990s by researchers studying the medical uses of Tetrahydrocannabinol (THC). And although there’s much to learn, the knowledge we have so far is extremely promising.

A typical cannabis plant contains between 450 and 500 different phytonutrients, including many kinds of terpenes (think scents, pine, lavender, citrus), flavonoids, antioxidants, fatty acids, substances that can detoxify the body like chlorophyll, vitamins, minerals, and more. Although the concentration of these substances in cannabis is impressive, most are not unique. There are many other superfoods which also contain these same health substances.

What makes cannabis unique are cannabinoids. What’s even more unique is that there is a direct relationship between the body systems of all vertebrates and the cannabinoids that exist in all three forms of cannabis: cannabis indica, cannabis sativa, and cannabis ruderalis (hemp).

The most well-known cannabinoids are Cannabidiol (CBD) and THC. In fact, there are at least 140 + different types of cannabinoids besides THC and CBD, and each has a different effect and purpose on the body. Other important cannabinoids include:

As it turns out, the body produces its own cannabinoid-like substances called endocannabinoids. What scientists discovered is that these substances bind to and synthesize with specific cannabinoid receptors in the body. The main receptor sites are CB1, which is linked to brain health, and CB2, which helps to boost immune system function.

Researchers studying cannabis in the 1980s and early 1990s began to realize that there was a systematic and highly-specialized way in which THC-binding takes place in the body. A total network of support and healing came into focus for researchers around the world in the 1990s.

This breakthrough came about in large part due to the work of Dr. Raphael Mechoulam, professor of Medicinal Chemistry at Hebrew University in Jerusalem. As a result of Dr. Mechoulam’s work, the network that supports THC-binding eventually came to be known as the endocannabinoid system.

The Importance of Homeostasis

The main job of the endocannabinoid system is to maintain balance (known as homeostasis) within the body as a whole in response to an ever-changing environment such as eating habits, level of stress, air quality, and much more.

Your ECS modulates, or regulates, your immune system. It doesn’t increase it or decrease it; it simply ensures it’s balanced. This is important if you have an autoimmune issue, for example. You don’t need more immune response because your body is over-responding. Even so, it’s also dangerous to diminish immune response too low because it could open you up to infection. It follows the same process with inflammation.

Our bodies require inflammation for healing. If it becomes chronic or too much inflammation, it can lead to additional problems aside from the initial reason for an inflamed response by your body. Experts believe attempting to alleviate all inflammation with a pharmaceutical is not as healing as your ECS regulating and keeping balance within this process.

In many ways you can consider this balance of your ECS similar to that of nutrition. In the same way you have Vitamin D receptors in the cells of your body in order to fulfill its need for this nutrient, you also have hundreds of cannabinoid receptors.

A lack of cannabinoids within our ECS has led to deficiencies that ultimately negatively impact our health. Science is just beginning to learn about all the benefits of the ECS but we do see patterns in deficiencies. When the balance (homeostasis) is off, so is your entire body. This is where we start to see sleep issues, inflammation, fibromyalgia, and disease.

When the cells in your body do not work correctly, homeostatic balance is disrupted. Homeostatic imbalance may lead to a state of disease. Disease and cellular malfunction can be caused in two basic ways: by deficiency (cells not getting all they need) or toxicity (cells being poisoned by things they do not need).

When homeostasis is interrupted, your body can correct or worsen the problem, based on certain influences. In addition to inherited (genetic) influences, there are external influences that are based on lifestyle choices and environmental exposure. These factors together influence the body’s ability to maintain homeostatic balance.

So the endocannabinoid system is designed to keep our bodily systems in a state of homeostasis so that we can stay healthy. But it also helps when those systems are damaged.

How Cannabis Protects and Repairs

According to the University of California, Los Angeles Cannabis Research Initiative, “Taxonomic investigation has revealed that the endocannabinoid system is incredibly old, having evolved over 500 million years ago. Moreover, it is present in all vertebrates – mammals, birds, reptiles, amphibians, fish, etc… all produce endocannabinoids.”

In addition to being a modulator, it’s secondary responsibilities are to protect and repair cells. It was initially believed that the endocannabinoid system only existed in the nervous system and was mainly a support system for the brain. Later inquiry expanded this view and it is now known that the endocannabinoid system exists within the entire body and can have an effect on virtually all of the body’s systems. Besides the nervous system and the brain, the state of a person’s endocannabinoid system can influence almost all of the body’s organ systems, including the immune system, the gut, the respiratory system, and the endocrine system. Cannabinoid receptors have been found in immune system cells, in the liver and pancreas, in skeletal muscle tissue and skin, in blood vessels and heart muscle, in the eyes, in the kidneys, in bone and fat, and in the GI tract.

Our bodies contain many complex systems, including the cardiovascular system, neurological system, and endocrine system. But the endocannabinoid system may be the most powerful of them all. When it comes to brain function, these chemicals and receptors have the ability to help prevent and heal many of the neurological issues that we encounter.

But sometimes things can go wrong. Sometimes our endocannabinoid system can suffer damage or fail to function properly. That’s where phytocannabinoids come in.

Cannabis and the Endocannabinoid System

Think of endocannabinoids as unique keys that fit into millions of little locks throughout our bodies. Plant-based cannabinoids (known as phytocannabinoids or referred at times as exocannabinoids) have the unique ability to mimic these keys and unlock doors that may otherwise have remained shut.

There’s evidence that cannabis can help with memory, epilepsy, autoimmune disease, brain trauma, stroke, PTSD, depression, and more. Cannabis is able to help with nearly all of these afflictions thanks to the endocannabinoid system. And although the current research is encouraging, we are still in the early stages of our journey. Thirty years ago, scientists had no idea that this extensive system even existed.

In herbal medicine, the whole plant is used to obtain maximum medicinal benefits. Just like other medicinally rich plants, each part of this miraculous plant has a role to play. These constituents interact within our bodies to bring back homeostasis and naturally stimulate healing from within. Rather than trying to get a quick fix with a pill that could leave you with a host of negative side effects, this process slowly helps the body heal in a way that promotes ongoing and overall health.

As medical science has learned more about the ECS, it’s also discovered several conditions that appear to be related to dysregulation of the system, which is called clinical endocannabinoid deficiency. Endocannabinoid Deficiency isn’t a disease itself but is an umbrella term encompassing conditions with this common feature.

These conditions are sometimes called “functional conditions” or “central sensitivity syndromes.” They tend to be resistant to most treatments, so researchers are looking into cannabis-based treatments.

These conditions also generally involve more than one system – which makes sense when you look at the areas influenced by the ECS.

For example, fibromyalgia involves the central and peripheral nervous systems, the immune system, the endocrine (hormonal) system, and even the digestive system. It’s also been linked to premature perimenopause, problems with conception, and early hysterectomy. Temperature sensitivity and poor memory are common symptoms.

That seems like a grab-bag of unrelated problems until you think about homeostasis and the ECS.

We’re still early in the process of figuring out how to correct endocannabinoid deficiency, but the increasing availability of medical cannabis and CBD products has been largely embraced by the patient community and we’re likely to see a lot more research in that area.

Cannabinoids are being researched as potential treatments for a variety of conditions – not just those involving endocannabinoid deficiency.

Some of the illnesses being researched include:

The endocannabinoid system is a huge part of the human body that we are just beginning to understand. It’s been largely overlooked in the medical community, but that is changing. Unfortunately, it’s not taught in most medical schools. It’s definitely not taught in veterinary schools. So doctors and veterinarians are essentially unaware of or misinformed about an important piece of science. Sadly, it means that we’re quite behind with our research, but there’s enough research out there for us to know that indeed all animals have an endocannabinoid system and that this endocannabinoid system is actually incredibly important in our physiology.

The American Medical Association and the American College of Physicians are calling for more research into medical cannabis and its impact on humans. Until then, it’s important (especially for patients and consumers) to stay informed about the endocannabinoid system and the evolving science of medical cannabis.

The endocannabinoid system has already been shown to be the most important internal regulation system in the human body – and we only discovered it 30 years ago! We know that the ECS is an intricate system of molecules and receptors that help regulate nearly every part of our physiology.

The ECS is designed to promote homeostasis and balance within our bodies. It can help to protect and heal us when we experience trauma or disease. But even the ECS can experience dysfunction.

That’s where cannabis comes in.

The key is Balance!

Could Depression Be Caused by Inflammation? by Dr. Veronique Desaulniers
February 28, 2020 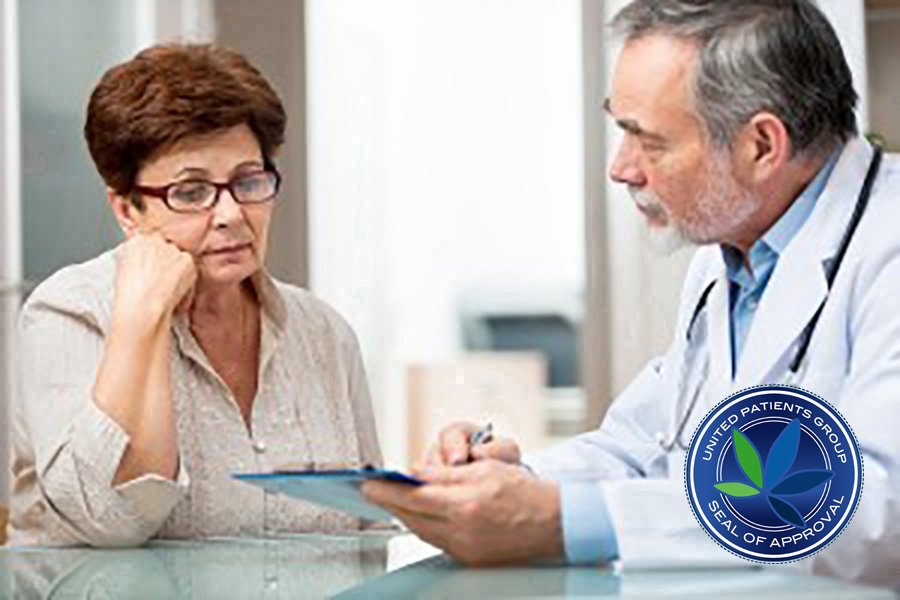 Why is Cannabis Becoming Popular in the Medical Industry?
July 15, 2021 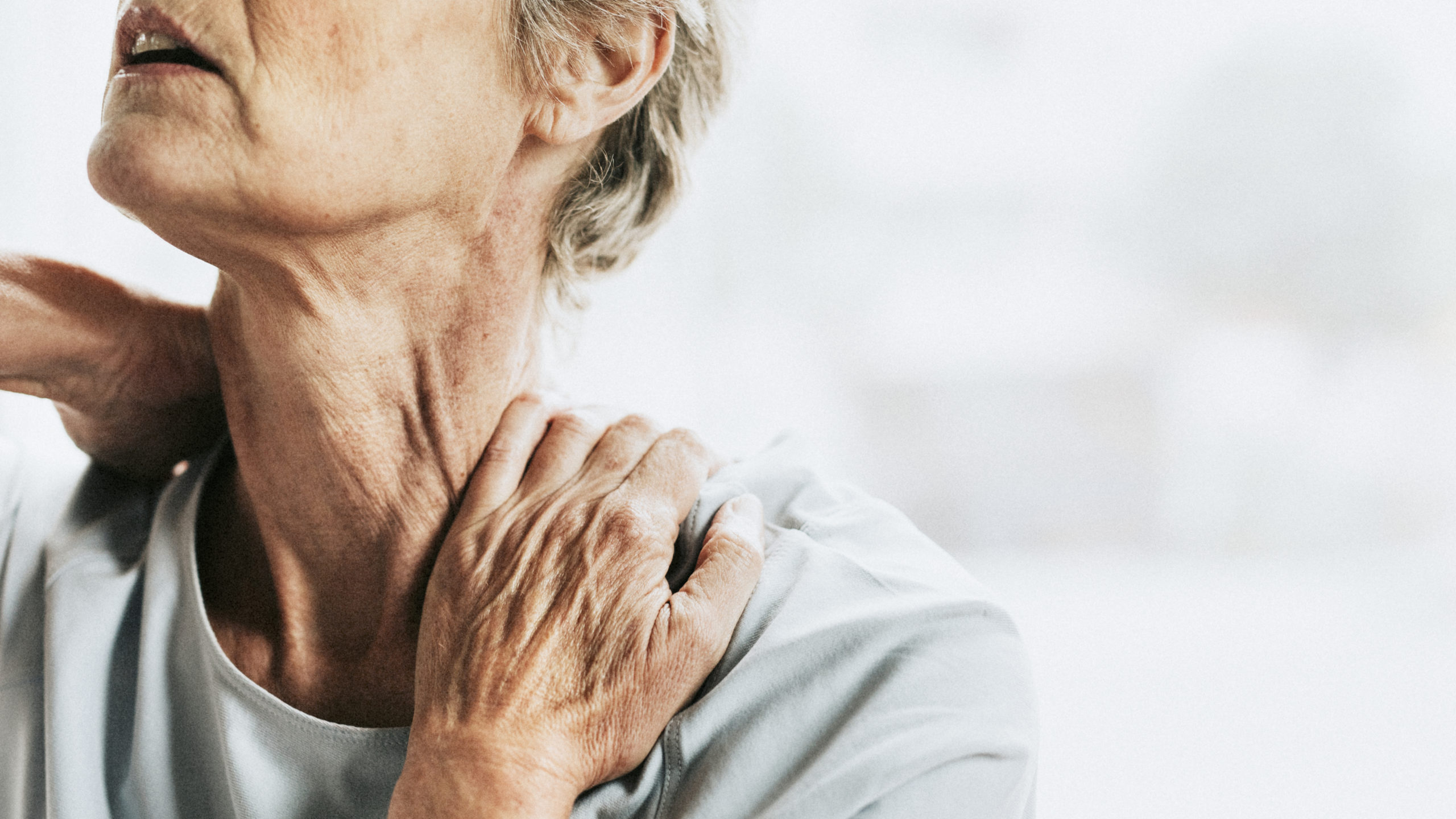