The Entourage Effect and Whole Plant Extracts: So Much More than THC and CBD 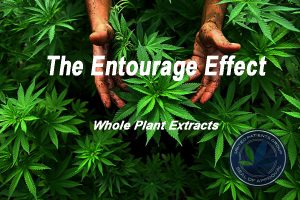 You’ve more than likely heard of THC and CBD – tetrahydrocannabinol and cannabidiol, respectively. Maybe you’ve heard them discussed on the news, seen them listed as ingredients in cannabis oils or discussed them yourself. You’ve likely learned that the two compounds are primarily responsible for the various effects of cannabis; that THC and CBD provide therapeutic relief for a range of medical conditions. This is certainly true, but it’s nowhere near the whole picture. Aside from THC and CBD, we know that there are as many as 66 other cannabinoids that provide therapeutic benefits. What’s most interesting, though, is the synergy between these cannabinoids and the hundreds of other chemicals found in cannabis. The interaction of these chemicals is called the “entourage effect.” The entourage effect has sparked the use of whole plant extracts in cannabis oils and analgesics intended for pharmaceutical use. Stay tuned, we’ll get to that soon.

It is true that THC and CBD are the compounds responsible for the most therapeutic effects of cannabis, so it’s understandable that pharmaceutical companies out to create patentable medicines would isolate them. Just as morphine was isolated from opium poppies and cocaine from coca leaves, both THC and CBD have been singled out for use in medicines. However, many researchers, including Raphael Mechoulam – the Israeli scientist who determined the structure of CBD and first isolated THC – believe that all components of cannabis provide some therapeutic effect. While we don’t know exactly what each compound contributes, there is compelling evidence that these compounds work better in tandem than in isolation.

Synergy and the Entourage Effect 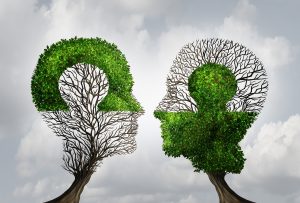 Raphael Mechoulam and colleague Shimon Ben-Shabat proposed the concept of the entourage effect in a paper published in 1999. Mechoulam said, “Investigations of the effect of the active component in the presence of its ‘entourage’ compounds may lead to results that differ from those observed with the active component only.” Simple: the effects of cannabis are shaped by the interplay of the various chemicals found within the plant.

Researchers have identified over 400 different chemicals have in cannabis. Sixty-six of these chemicals are cannabinoids (the group that includes THC and CBD). But there are many other compounds found in the plant, including cannabigerols, cannabichromenes, nitrogenous compounds, amino acids, ketones, and terpenes, among others. Recent research suggests that the synergistic effects of the compounds in cannabis – with terpenes in particular – often counter the less-desired effects of cannabis. For example, linalool, a terpene found prominently in lavender, helps reduce anxiety induced by THC.

Ethan Russo Previously with GW pharmaceuticals describes interactions between terpenes and cannabinoids to counter a host of conditions, such as inflammation, pain, epilepsy, depression and even cancer. One study demonstrated the use of an essential oil created from black pepper reducing nicotine cravings in cigarette smokers. Black pepper is high in the terpenes mycene, pinene and caryophyllene – so is cannabis. It stands to reason that cannabis oils or flower could yield similar results.

This position has given rise to designer extracts – cannabis oils tailored to replicate particular therapeutic effects of cannabis. This calls to mind the practice of nutrients from vegetables, like in the case of Vitamin C supplements. But as any nutritionist will tell you, you’re better off eating broccoli than taking supplements to replicate the nutritional benefits. Research suggests that the same applies to cannabis. 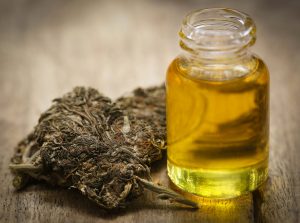 Whole plant extracts are, well, exactly what they sound like. Instead of synthesizing or isolating active compounds, growers are breeding plants to have high concentrations of specific compounds. The extracts from these plants make for effective medicinal cannabis oils and analgesics. Dr. Sanjay Gupta says, “Unlike other drugs that may work well as single compounds, synthesized in a lab, cannabis may offer its most profound benefit as a whole plant, if we let the entourage effect flower.”

A 2015 study by researchers in Israel showed the superior anti-inflammatory and pain reducing effects of CBD-rich whole plant extracts over pure, single-molecule compounds. The researchers attributed their results to the entourage effect of CBD with other chemicals in the plant.

We don’t yet understand all the ways chemicals in cannabis work together, or how they interact with the human body. We know that certain compounds, in combination with cannabinoids, produce the various effects of cannabis. However we don’t know that other chemicals in the plant aren’t contributing to or improving these effects. Take for example limonene, a terpene found in lemons as well as cannabis. In combination with CBD, limonene is an effective anti-depressant. It seems logical to isolate limonene and CBD to create an anti-depressant medicine. The science, however, suggests that whole plant extracts are more effective – the whole is more than the sum of its parts.

You may be thinking that using whole plant extracts instead of designer concentrates diminishes the ability to emphasize certain synergies. Russo’s answer to this: selective breeding, focusing on the desired terpene. Growers have graduated from selectively breeding only for THC and CBD content to emphasizing terpene concentration. Researchers and growers alike see terpene-rich whole plant extracts as the future of medical marijuana. Don’t fall behind – opt for whole-plant cannabis.