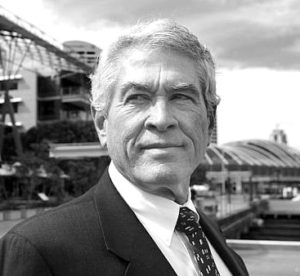 As a serial entrepreneur in the life sciences, John is looking for a new opportunity to put his experience to work in managing a team and serving on boards of evolving biotechnology companies in oncology or neuroscience. He serves as Chairman of ExoCyte Therapeutics, a start-up dendritic cell vaccine company focusing on cancer therapeutics based in Singapore, and was formerly the Managing Director and CEO; founding Director of QRxPharma (QRX, ASX), a specialty pharmaceutical company headquartered in Sydney, Australia.

John co-founded EntreMed, Inc. (ENMD, NASDAQ) in 1992 and Medicis Pharmaceutical Corp. (MRX, NYSE) in 1988. He also co-founded MaxCyte, Inc. and Plasmonix, and serves as a Director of Pixspan, CytImmune Sciences and Accelovance. He raised over $500MM in private and public rounds of financing for these life science companies that have a collective market capitalization in excess of $2 billion. His military service was as a Captain in the US Army at the Walter Reed Army Institute of Research where he remained as a civil service employee until 1988.

John’s received a BS (1966) and MS (1968) from the University of Alabama; a PhD from the University of California, San Francisco School of Medicine (1977). He previously served as Adj. Professor of Anesthesiology and Critical Care Medicine at the Johns Hopkins University School of Medicine (until 1996) and currently as Adj. Professor of Psychiatry at the Uniformed Services University of the Health Sciences. He was also a former Chair of the BioAlliance of the Tech Council of Maryland; Judges Panel for the Ernst and Young Entrepreneur of the Year (2003-2007).

Honors and Awards: Fellow in Critical Care Medicine, Fellow in the American College of Neuropsychopharmacology and the Algernon Sydney Sullivan Outstanding Alumnus Award from the University of Alabama (2008). John was also named to the Ernst&Young’s Entrepreneur of the Year 2006 Hall of Fame. He holds over 80 patents globally, and has published over 230 scientific articles, book chapters and four books.