There are currently over 100 million adults over the age of 50 in the US – and they are the most affluent and health-conscious bunch than any other generation before them. United Patients Group was founded after family patriarch, Stan Rutner, at age 77, had been diagnosed with stage 4 lung cancer that had metastasized to his brain and was given just two weeks to live. With the help of medical cannabis, Stan – now age 82 – is alive (and thriving) today.

“Whenever we speak to seniors, we lead with my father-in-law’s story, because he was just like many of them. A man born in the 30’s, who grew up during a time when marijuana was considered a dangerous drug, used only by hippies and deviants,” said John Malanca, founder of UPG. “Even baby-boomers, who were the most supportive generation of marijuana use in the 70’s, were eventually opposed to it as a result of the “Just Say No” anti-drug campaign of the 1980’s.”

According to the latest U.S. Census Bureau data from 2010, one out of every 8 American’s is considered “old”, and one in every three are over the age of 50. As this massive population reaches the age when physical limitations, ailments and life-threating disease become more commonplace, many are not satisfied with simply being given a different pill for each and every condition. More are also fed up with the side-effects that often are worse than the symptoms they are supposed to be treating. 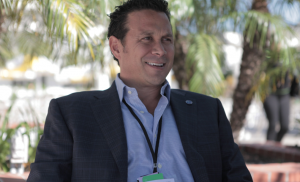 John Malanca about how they feel about medical marijuana, what questions they most often ask, and their overall attitude toward cannabis as medicine. Here are excerpts from our interview:

UPG: You recently addressed a standing-room-only group of residents at a senior living community in Santa Rosa, California. Are you surprised that so many are interested in hearing about medical cannabis?

Malanca: “When we first started speaking to seniors, I was convinced that we would have an audience that were the equivalent of angry villagers carrying torches (laughing) with signs reading ‘Maui Wowie Not Wanted Here’, but in reality, we found quite the opposite. This is a well-educated, health-conscious population, and we were pleasantly surprised at how open they were.

UPG: Given that some of the seniors you meet with may have tried marijuana recreationally in the past, or have only ever viewed it as an illegal and dangerous drug; what do you feel has influenced their new, and more open-minded interest in cannabis as a legitimate option to conventional medicine?

Malanca: “Seniors are not expecting miracles, but they now believe that conventional medicine does not have ALL the answers. They are looking for better choices and find conventional medicine very limiting with no hope, or flat-out depressing. They are sick and tired of being prescribed a different pharmaceutical for everything they bring up to their MD. 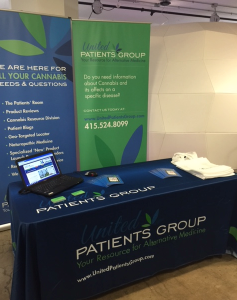 I also think the fact that more than 50% of seniors are now online has something to do with this shift in awareness, as well as their curiosity in alternative health treatments like medical cannabis. With 23 states, and the District of Columbia, legalizing cannabis for medicinal (and some recreational) uses, and more states looking at legalization every year, ‘pot’ is in the news almost daily, and older adults are looking at it in an entirely new light. They’re an astute bunch, and they are eager to hear more about the science behind how this treatment can work.”

UPG: When you address older adults, what are their biggest misconceptions about medical marijuana?

Malanca: “Because our organization was founded after my father-in-law (who was in his late-seventies at the time of his diagnosis) was successfully treated with medical cannabis, talking to other seniors was among our first target audience. This was nearly five years ago, and back then their biggest concern was that they didn’t want to smoke ‘marijuana’ or eat ‘pot brownies’. They had no idea that there were alternative delivery methods to more cleanly and accurately consume medicinal cannabis.

Another misconception, and one that is not uniquely attributed to seniors, is that there is no science backing this approach and that there is no such thing as medical marijuana/cannabis. One of our main tenets at UPG is breaking down the hype surrounding medical cannabis, and providing information and education that focus on the science. In our presentations, as well as throughout our website, we close the loop by pointing to the myriad of studies, research and results that cannabinoid medicine is producing.

the truth behind medical cannabis, many of these seniors are eager for more information, and have begun to form their own groups, bringing in speakers and other experts to further their education and awareness.”

UPG: So obviously this segment of the population is getting better informed, and are eager to consider medical cannabis as an alternative to the conventional medical treatments they’ve been receiving. What are some of their more specific questions?

UPG: So with only so many hours in the day, or the time to meet with this curious demographic, how do you support them and more fully answer their questions? 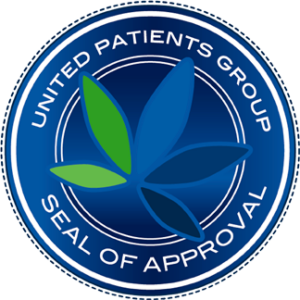 Malanca: “Well, we actually end up staying after every presentation and take the time to really give them some one-on-one advice. But obviously, many of them have advanced ailments or illnesses that should be reviewed by a licensed, medical cannabis professional. If they happen to be located in a legal state, we direct them to resources available to them in their area. And for those who do have access to the internet, we direct them to our website, which has thousands of pages of credible and vetted information on everything from Glaucoma to arthritis. This is a valuable jumping-off point for many of them.

Many seniors that we meet also have family members or other concerned people in their lives that are helping them to navigate the unique health conditions they face as they age. Another option we offer is to schedule a consultation with us, either on the telephone, or via Skype, where we can address a myriad of topics from how to become a legal patient in their state, to finding a reputable medical cannabis physician.”

UPG: So it sounds as if the uninformed “angry villagers with torches” is definitely a misnomer about older individuals and their interest in medical cannabis?

Malanca: “Yes, quite the contrary! We’ve found this group to be refreshingly open, intelligent and serious about favorably impacting their quality of life, and I think there is quite a lot that we stand to learn from them as the medical cannabis industry steps out of the shadows of prohibition and misinformation and into the light.”

What is it about hearing the iconic Vince Guaraldi /… 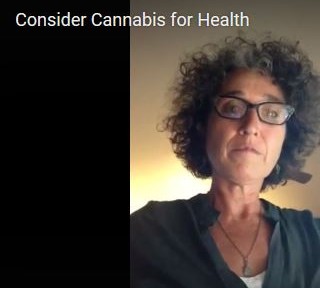 Consider Cannabis for Health, A Patients Plea for Medical Cannabis!

From our dear friend and supporter, Heidi Wexler. Thank you…