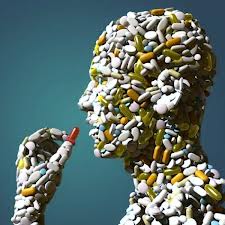 Prescription drugs kill about 100,000 people in the world each year. Off the top of
your head, do you know how many deaths are caused by using marijuana, either
medicinally or recreationally?

“There are no deaths from cannabis use. Anywhere. You can’t find one,” said Dr.
Lester Grinspoon, professor emeritus at Harvard Medical School.
Believe it: In 10,000 years of known use of cannabis, there’s never been a single
death attributed to marijuana.

“I’ve heard you have to smoke something like 15,000 joints in 20 minutes to get a
toxic amount of delta-9 tetrahydrocannibinol,” said Dr. Paul Hornby, a biochemist
and human pathologist who also happens to be one of the leading authorities
on cannabis research. “I challenge anybody to do that.”

Meanwhile, it’s a fact that anyone can die from ingesting too much aspirin, or too
much coffee, or too much wine. Marijuana, on the other hand, medical or not, is
not only non-lethal, but likely beneficial. Several studies, some published as
recently as a few months ago, have shown that marijuana can even be good for
your health, and could help treat conditions better than the solutions being
cooked up in the labs. 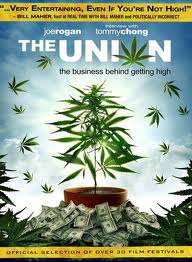 government’s marijuana research programs, appeared in a film about the
business of marijuana prohibition shortly before his 2007 death called “The
Union.” (The full movie is available on both Netflix and YouTube.)

“After dealing with about 10,000 patents in the last 15 years, I’d say about 200
different medical conditions respond favorably to cannabis,” Mikuriya said.
We won’t go through all 200 conditions here, but here are 10 of the most notable,
common conditions, afflictions and diseases that marijuana has been proven to
help.

Alzheimer’s disease – In 2006, the Scripps Research Institute in California
discovered that delta-9-tetrahydrocannabinol (THC), the active ingredient in
marijuana, can prevent an enzyme called acetylcholinesterase from accelerating
the formation of “Alzheimer’s plaques” in the brain, as well as protein clumps
that can inhibit cognition and memory, more effectively than commercially
marketed drugs. Learn more about Alzheimers Here.

Epilepsy – A study performed by researchers at Virginia Commonwealth
University discovered that ingredients found in natural marijuana “play a critical
role in controlling spontaneous seizures in epilepsy.” Dr. Robert J. DeLorenzo,
professor of neurology at the VCU School of Medicine, added that “Although
marijuana is illegal in the United States, individuals both here and abroad report
that marijuana has been therapeutic for them in the treatment of a variety of
ailments, including epilepsy.” Learn more about Epilepsy Here.

Multiple Sclerosis – It’s long been believed that smoking pot helps MS patients,
and a study published as recently as May provided yet another clinical trial as
evidence of marijuana’s impact on multiple sclerosis patients with muscle
spasticity. Even though the drug has been known to cause dizziness and fatigue
in some users, most MS patients report marijuana not only helps ease the pain
in their arms and legs when they painfully contract, but also helps them just “feel
good.” How many prescription drugs can say their side effects include
“happiness”? Learn more about Multiple Sclerosis Here.

Glaucoma – Since the 1970s, studies have called medical marijuana an effective
treatment against glaucoma, one of the leading causes of blindness in the
world. Researchers say marijuana helps reduce and relieve the intraocular
pressure that causes optic nerve damage, but the proponents say it helps
“reverse deterioration,” too. Learn more about Glaucoma Here.

Arthritis – Marijuana proves useful for many types of chronic pain conditions, but
patients with rheumatoid arthritis report less pain, reduced inflammation and
more sleep. However, this is not to say that arthritis patients should exchange
their medication with pot; marijuana eases the pain, but it does nothing to
ameliorate or curb the disease. Learn more about Arthritis Here.

Depression – A study on addictive behaviors published by USC and SUNY Albany
in 2005, whose 4,400 participants made it the largest investigation of marijuana
and depression to date, found that “those who consume marijuana occasionally
or even daily have lower levels of depressive symptoms than those who have
never tried marijuana.” The study added that “weekly users had less depressed
mood, more positive affect, and fewer somatic complaints than non-users.” Learn more about Depression Here.

Anxiety – An article published in the April 2010 edition of the Harvard Mental
Health Letter, “Medical marijuana and the mind,” said that while “many
recreational users say that smoking marijuana calms them down, for others it
has the opposite effect. … Studies report that about 20 to 30 percent of
recreational users experience such problems after smoking marijuana.” The
article did not mention which “studies” supported this fact, and most marijuana
users would call this claim totally erroneous. Here’s a story from Patsy Eagan of
Elle Magazine, who describes how she prefers marijuana to treat her anxiety
over prescription drugs. Learn more about Anxiety Here.

Hepatitis C – A 2006 study performed by researchers at the University of
California at San Francisco found that marijuana helps improve the effectiveness
of drug therapy for hepatitis C, an infection that roughly 3 million Americans
contract each year. Hepatitis C medications often have severe side effects like
loss of appetite, depression, nausea, muscle aches and extreme fatigue.
Patients that smoked marijuana every day or two found that not only did they
complete the therapy, but that the marijuana even made it more effective in
achieving a “sustained virological response,” which is the gold standard in
therapy, meaning there was no sign of the virus left in their bodies.

Morning sickness – In a peer-reviewed study, researchers at the British
Columbia Compassion Club Society found that 92 percent of women found
marijuana’s effect on morning sickness symptoms as either “very effective” or
effective.” Read the first-hand account from Dr. Wei-Ni Lin Curry, who
describes how medical marijuana saved her from a potentially life-threatening
situation:

“Within two weeks of my daughter’s conception, I became desperately
nauseated and vomited throughout the day and night. … I vomited bile of every
shade, and soon began retching up blood. … I felt so helpless and distraught that I went to the abortion clinic twice, but both times I left without going through
the with procedure. … Finally I decide to try medical cannabis. … Just one to two
little puffs at night, and if I needed in the morning, resulted in an entire day of
wellness. I went from not eating, not drinking, not functioning, and continually
vomiting and bleeding from two orifices to being completely cured. … Not only did
the cannabis save my [life] during the duration of my hyperemesis, it saved the
life of the child within my womb.”

Most prospective mothers will worry about the effect of ingesting marijuana in
any form on their baby’s development. The only study that showed any effect from
smoking pot came from the University of Pittsburgh’s School of Medicine in 2008,
which showed that heavy smoking “during the first trimester was associated with
lower verbal reasoning,” while “heavy use during the second trimester predicted
deficits in the composite, short-term memory, and quantitative scores.” Though
this singular study may be enough to scare away some mothers, the majority of
studies say prenatal pot exposure “is not a major prognostic factor regarding the
outcome of pregnancy,” and that “marijuana has no reliable impact on birth size,
length of gestation … or the occurrence of physical abnormalities.” Compared to
mothers that used tobacco and alcohol, all of whom showed “increased risk of
suspect or definite psychotic symptoms (in offspring),” mothers’ cannabis use
“was not associated with psychotic symptoms” in their children.

Cancer, HIV/AIDS and chemotherapy – Though the drug is illegal in the U.S., the
FDA and American Cancer Society agree that the active ingredients in marijuana,
or cannabinoids, have been approved by officials to “relieve nausea and vomiting
and increase appetite in people with cancer and AIDS.” The American Cancer
Society says that “marijuana has anti-bacterial properties, inhibits tumor growth,
and enlarges the airways, which they believe can ease the severity of asthma
attacks.” Learn more about HIV/AIDS Here.

Marijuana: Why Is It Illegal Again?
This is too big of a question to answer in just one single article, but looking at
cannabis through the lens of its medical properties, there seem to be few, if any,
reasons to keep marijuana off the market. It doesn’t kill, and while it may not be
as effective as other treatments, it doesn’t seem to get in the way much.
When Mikuriya was asked if there was a product out there today – anything – that
has as many benefits as medical marijuana, he said simply: “No.”

Medical marijuana may be beneficial for everyone’s health, but it’s not very
healthy for the pockets of the pharmaceutical companies. And unfortunately for
Americans in need of a cheap, all-natural alternative medicine, the
pharmaceutical industry is the biggest industry in America with powerful
connections in high places. And they don’t like marijuana. At all.
“It’s unlimited,” Hornby said of marijuana. “Grow more, get more medicine.
Pharmaceutical companies don’t want you growing your own medicine.”
The idea of legalizing a cheap, all-natural medicine that grows out of the dirt is a
threat to the pharmaceutical industry’s bottom line.

Dr. James Hudson, professor emeritus at University of British Columbia’s
Department of Pathology and Lab Medicine, said pharmaceutical companies
have a great incentive to recreate the organic compounds in marijuana and sell
a drug from it, rather than just release the all-natural version to the public.
“The prime motivation behind any drug company is to make money, and as
much money as possible. In the case of a synthetic compound, if it’s only an ingredient from the cannabis, they can formulate that as a drug and make a lot
more money off of it.” 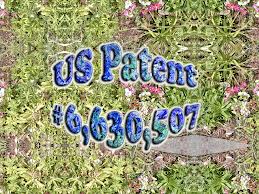 Since no company can patent a plant, pharmaceutical industries are incentivized
to keep cannabis and industrial hemp illegal as they try to recreate the same
drug with the same effects. Obviously, there is a great deal of “double talk” in this
argument – How can the government prohibit marijuana but allow an identical
drug with identical effects? – but ultimately, it comes down to money.

“There’s no money to be made off natural plants,” said Dana Larsen, founding
editor of Cannabis Culture magazine. “If you use a natural medicine that you can
grow in your own home that costs pennies to use, you’re going to do that.”
Yet, the facts remain: Prescription drugs, while legal, are experimental,
dangerous and often toxic. Prescription drugs continue to kill tens of thousands,
if not hundreds of thousands, of Americans each year; meanwhile, marijuana
has never been the direct contributor to a single death. Maybe we should focus
less on making natural plants extinct and focus more on controlling the drugs
that we’re actually responsible for.

Did you know that there are 480 chemical compounds in…