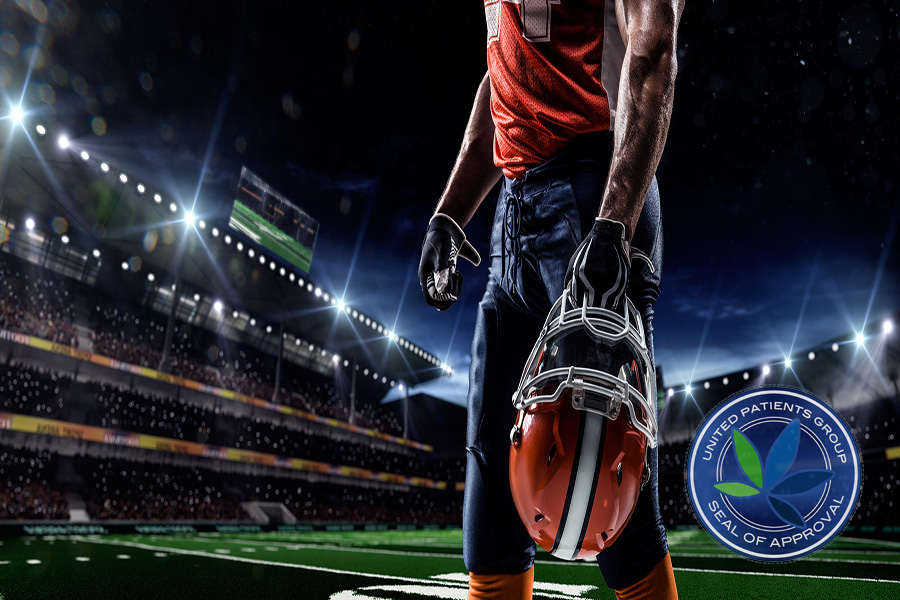 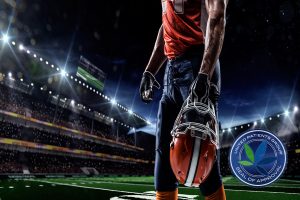 It’s football season again. Time to break out the chips and dip, hot wings, beers, and…marijuana? While smoking marijuana isn’t naturally associated with the sport, new research shows that athletes and others who are subject to brain trauma, such as football players, may benefit from the plant.

It’s no secret anymore that there is a link between playing football and traumatic brain injuries. After the 2013 NFL settlement of $765 million for concussion-related injuries, and new lawsuits springing up as more research comes out, it is increasingly obvious that action needs to be taken against such brain injuries.

In 2015, concussion-related injuries were in the spotlight, primarily as a result of the major motion picture – “Concussion”. The movie, based on a true story, reveals the findings of Nigerian-born forensic neuropathologist, Dr. Bennet Omalu, who researched the connection between concussions and what is now known as chronic traumatic encephalopathy (CTE).  His research triggered an onslaught of scrutiny toward the NFL and ultimately was the catalyst for a class-action lawsuit between the National Football League (NFL) and thousands of former players. CTE is a progressive degenerative disease caused by repetitive trauma to the brain. Symptoms include memory loss, confusion, impaired judgment, paranoia, impulse control problems, aggression, depression, and progressive dementia. The brain degenerates even after the trauma has ended and can appear months or years after the trauma has ended. 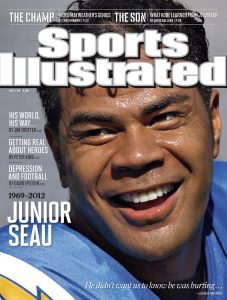 Recently, it has come to light that former football players who committed suicide were suffering from CTE. Because of the feelings of depression that are linked to CTE, those afflicted may experience thoughts of suicide. In 2013, former NFL star and Pro Football Hall of Fame Inductee, Junior Seau, took his own life with a self-inflicted gunshot wound to the chest. It was later discovered that he suffered from CTE. Football players are not the only ones that experience thoughts of suicide due to traumatic brain injuries. Earlier this year, BMX pro and X Games Superstar, Dave Mirra, also ended his life by his own hand. Those close to him were shocked by his actions and some suspected that CTE may have played a role, although family members have not yet commented on the subject.

In a truly eye-opening action, former Chicago Bears defensive back, Dave Duerson, texted family members a request to donate his brain to science before fatally shooting himself in the chest in 2011. He had expressed concern months earlier about possibly having the disease and wanted his brain donated for further studies.

Football is not the only sport where players experience multiple head traumas. Racecar driving is another sport where there is a high possibility of inciting brain injury and developing CTE. Last week, NASCAR driver, Dale Earnhardt Jr., announced that he will not be driving for the rest of 2016 due to trauma caused by multiple concussions while driving. Although he plans to resume driving in 2017, it all depends on his recovery.

In 2012, Earnhardt Jr. underwent similar treatments with his physician, Dr. Micky Collins, and missed two races due to two concussions in six weeks.

“We went through this process in 2012. It was very scary and difficult. Micky told me that I would one day be well and I would win races again, and he was right. … He’s telling me this is possible again, and I believe it,” says Earnhardt Jr. 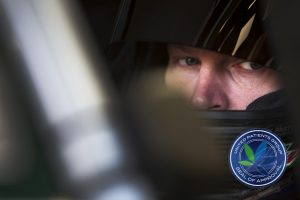 Due to multiple concussions over the course of his career, Earnhardt Jr. has trouble with gaze stability – the ability to focus on an object in the distance while moving his head. The goal is first and foremost for the NASCAR driver to “feel normal” in everyday life, and second to drive a car again.

Though both racecar drivers and football players wear helmets to help protect themselves from head injuries, it does not do enough when it comes to brain trauma. Focusing on football, Dr. Omalu states, “there is currently no protection from brain injury when playing football.” Furthermore, there is no effective drug treatment for brain injury available today. This is a problem for the 5.3 million people in the U.S. living with disabilities due to traumatic brain injuries.

However, Dr. Omalu and the medical world may not be entirely correct when it comes to protection and treatment of traumatic brain injuries. New studies have found that certain properties in cannabis can help shield the brain from injury. Cannabidiol (CBD), is produced in the flower of the cannabis plant. Also like all cannabinoids, CBD “works its magic” on the body by imitating the endocannabinoids produced in the body as part of the endocannabinoid system, and has also been found to have the potential to reduce inflammation in the brain when brain trauma occurs.

Dr. Dustin Sulak, DO, says, “Cannabis could potentially be beneficial to all sports, but especially those with high risk for head injury, because it can likely protect 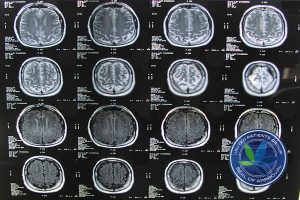 participants from the long term consequences of concussion and brain trauma.”

In a study conducted with mice afflicted with brain injuries at the Hebrew University in Israel, researchers found that the subjects had an increased level of a cannabinoid called 2-Arachodonoyl (2-AG). The researchers theorized that this compound was increased in order to protect the brain from trauma. Working on this theory, the researchers administered more 2-AG to the subjects and discovered that the compound did indeed protect the brain. Though it has only been tested on animals, Dr. Shahomi, a researcher on the project, says she doesn’t “see any problems with using a drug from this family to treat patients.”

Research from the study at the Hebrew University conclude that 2-AG works in three ways.

“First, it reduces the levels of glutamate, a toxic molecule, released after injury. Second, it decreases the amount of free radicals and TNF (a chemical that induces inflammation) after injury. Third, it increases the blood supply to the brain. All three mechanisms are essential for limiting the damage done after the primary injury.” 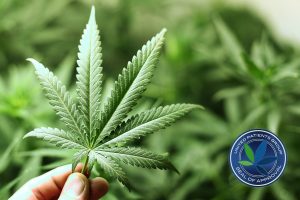 Dr. Shohami stresses that “the dose has to be very carefully controlled” in order to effectively treat traumatic brain injury. This is a serious concern, as the continued classification of cannabis as a Schedule I Substance and the monopoly of research on cannabis by the National Institute on Drug Abuse, make testing cannabis for medical purposes a challenge.

With football season upon us, and a myriad of other sports such as soccer, hockey, etc., it’s important to remember the physical toll athletes take to participate in America’s favorite pastime. Whether playing at the professional level, or starting out on a youth football league, with the potential for constant exposure to brain trauma in high-contact sports, athletes are experiencing a degenerative disease that may not show up until years after their playing days. Further research needs to be done to prevent and treat CTE and other concussion-related brain injuries. Though there are currently no treatments available, it does appear that cannabis could be a viable option on the horizon.

NFL & Cannabis: Big Decisions for the NFL Due to Research on How Constant Traumatic Physical Impact Effects the Human Brain
February 16, 2016 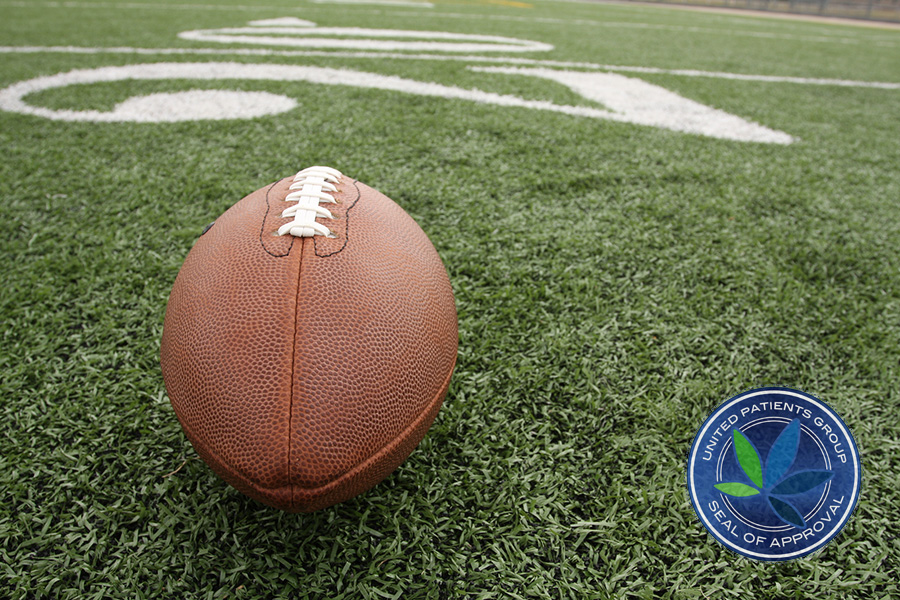 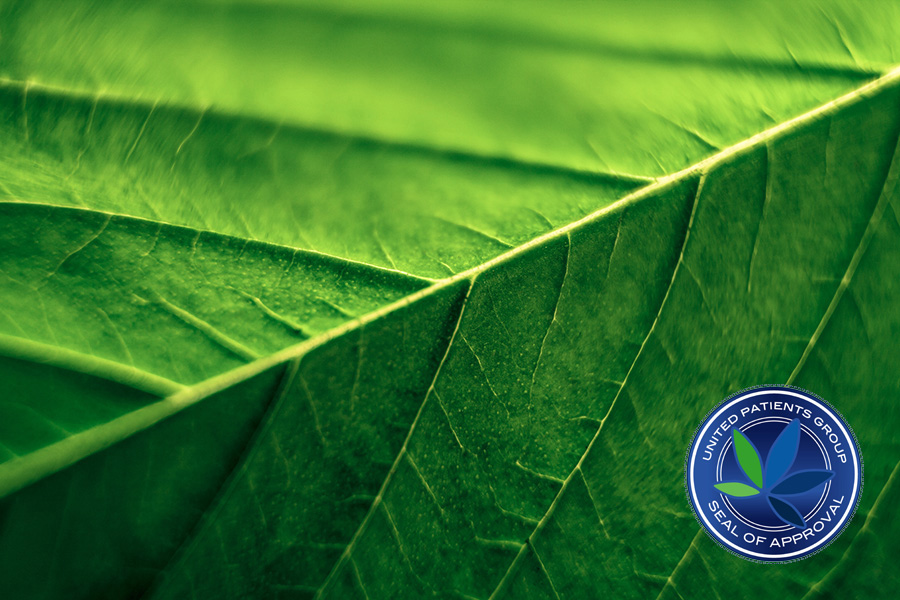 Cannabinoids Part 2: A Primer in CBD Information, the Heart of Cannabinoid Healing
September 9, 2016