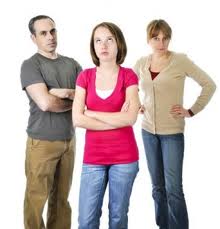 Teen marijuana use is increasing nationwide. Yet according to federal government data collected by the Center for Disease Control and Prevention (CDC), Colorado is seeing a decrease in marijuana use among teens. Considering that Colorado is now home to state-licensed medical cannabis businesses, this news may be surprising to opponents who previously claimed with certainty that the regulation of these new businesses would lead to increases in teen marijuana use.

The data shows that these opponents were wrong, and states may have more control 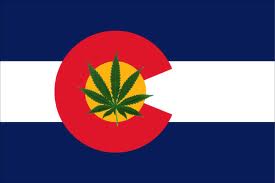 over teen drug use if they strictly regulate the cultivation and sale of medical cannabis.  According to the federal government, from 2009 to 2011 teen marijuana use in Colorado dropped from 24.8% to 22% (an 11% net decrease). Fewer Colorado teens are using marijuana now than in when Colorado had no medical cannabis businesses.

The CDC’s survey leads to the conclusion that Colorado’s comprehensive medical cannabis regulations are working.

Colorado now has a full-time medical marijuana enforcement division and two hundred pages of regulations which require businesses to be licensed at the local and state level, establish “good moral character” standards for ownership and employment, and mandate rules for security and surveillance aimed at eliminating illicit activity.

By licensing, taxing, and tracking all aspects of medical cannabis businesses, Colorado is taking control away from the black market and giving it back to school districts, local governments and communities.

Colorado’s Health Department reports that the average age of a medical cannabis patient is 42, over 900 Colorado doctors have recommended medical cannabis and about 2% of Colorado citizens are registered card holders.

Most strikingly, the evidence that fewer Colorado teens are using marijuana is coming straight from a highly respected, impartial and heavily cited federal government survey.  Every two years, the Center for Disease Control and Prevention conducts the Youth Behavior Surveillance System, a survey designed to monitor a wide range of priority health risk behaviors among representative samples of high school students at the national, state, and local levels.

The CDC data shows that almost all of the 17 states that allow medical marijuana are bucking the national trend and seeing  teen marijuana use flat line or decrease.

And there is more good news: Colorado is also seeing a decrease in overall drug availability at schools.  From 2009 to 2011, the percentage of Colorado high school students who were offered, sold or given an illegal drug on school property fell from 22.7% to 17.2% (a net decrease of 24%).

In contrast, the percentage of high school students nationwide who were offered, sold or given an illegal drug actually increased from 22.7% to 25.6%. Drugs are now 33% less available in Colorado schools than in schools nationwide.

The medical marijuana debate is about whether Coloradans have the freedom to use an often safe and effective medicine recommended by their physician. Should the government interfere with your health decisions and override the recommendations of your doctor? Should Angeline Chilton, who suffers from Multiple Sclerosis, be forced by the government to return to her ineffective prescription drug cocktail which previously left her unable to function and nearly bankrupt? Should Mary McNeely, a disabled Iraq War Veteran, be denied her government benefits and threatened with incarceration because medical cannabis has been more effective and affordable than prescription drugs at controlling her pain and trauma?

A small and entrenched group of special interests, motivated by economics, politics, and bad science, continue to believe the government should prohibit our ability to access this natural medicine. Sound public policy should be based on hard data and positive results.

While the CDC statistics are welcome news for Coloradans, the medical cannabis community has a duty to push this progress even further. That is why the Medical Marijuana Industry Group (MMIG), and several other organizations, have partnered with the Colorado Department of Transportation to promote The Heat is On campaign, a public education effort aimed at discouraging and preventing drugged driving.

MMIG is also seeking partners who are willing to put politics aside and work with us to find ways to improve results and educational outcomes. Together we can further decrease teen drug use, and make Colorado the standard-bearer for reduced teen drug use in the United States.

It is becoming increasingly clear that states can effectively regulate medical cannabis and control teen marijuana use. The Center for Disease Control and Prevention’s survey further demonstrates that the government should not be denying Coloradans controlled access to medical cannabis in order to ostensibly “protect our kids.” After all, when it comes to medical cannabis, we must protect public safety and our freedom. Fortunately, we can do both.

Michael Elliott has been the executive director of Medical Marijuana Industry Group since January 2011. Before becoming an attorney, he worked on several political campaigns. Most notably, Elliott managed the campaign that defeated a proposed ban of medical marijuana centers in El Paso County.

Teen marijuana use is increasing nationwide. Yet according to federal government… 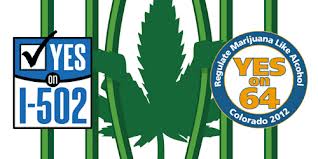 2012 Marijuana Legislation in the Elections: The Coming Aftermath

After a little over a week of the nation settling…