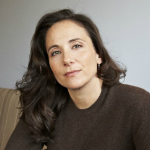 Dr. Julie Holland has cultivated a private psychiatric practice in NYC since 1995. From 1996 to 2005, she spent her weekend nights working in the psychiatric emergency room of Bellevue Hospital. Her book Weekends at Bellevue: Nine Years on the Night Shift at the Psych ER (Bantam, 2009) chronicles those years. A liaison to the hospital’s medical emergency room and toxicology department, she is considered an expert on street drugs and intoxication states, and lectures widely on these topics. She serves as an expert witness on forensic cases concerning PCP, MDMA, and other drugs.

She is the editor of two non-profit books which help to fund clinical research: Ecstasy: The Complete Guide,A Comprehensive Look at the Risks and Benefits of MDMA and The Pot Book: A Complete Guide to Cannabis. She is the medical monitor for two clinical research studies on treating Post Traumatic Stress Disorder, one using MDMA-assisted psychotherapy, and the other examining the effects of various strains of cannabis.

Dr. Holland enjoys educating the public through television, and has appeared on CNN, MTV, Good Morning America, Dr. Oz, The Doctors, and on the Today show over twenty five times. Her work with Sanjay Gupta on the documentary series “Weed” helped to generate nationwide discussion about CBD, a component of cannabis that may have particular benefit in treating epilepsy, PTSD, and schizophrenia, among other illnesses.

Her new book, Moody Bitches: The truth about the drugs you’re taking, the sleep you’re missing, the sex you’re not having, and what’s really making you crazy was published by Penguin Press in March, 2015 and has been translated into eleven languages.