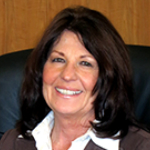 Judy Arnold is Marin County District 5 Supervisor and she and her teammates head Marin Counties Medical Cannabis Dispensary Ordinance and Program which is in the process of bringing safe access to patients while preserving safety for the community.

Judy’s background begins with her upbringing in Kansas City, KS. Her mother was a R.N. and TWA’s first air hostess, whose uniform is in the Air and Space Museum of the Smithsonian. Judy’s father was an attorney in Kansas City, who would have been in the foreign service but for an emergency appendectomy at American University, followed by recovery and a return to college in Kansas. He has probably been the biggest influence on Judy’s interest in government.

Judy attended Goucher College in Baltimore, MD for two years and graduated from the University of Kansas with a degree in International Relations. She then worked for the Peace Corps in Washington D.C. when Sargent Shriver was its head and John Kennedy was President. When Judy came to Marin in 1966, she knew this was where she wanted to be. Judy has lived in Novato since 1996 and can’t imagine living anywhere else.