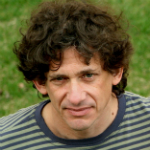 Jeremy Wolff Holland is a writer and artist.  He contributed the seminal “Thots on Pot” chapter to The Pot Book (Park Street Press, 2010). Part two of Thots on Pot, “Lessons from the Leaf,” will be included in Cannabis & Spirituality edited by Steven Gray, to be published by Inner Traditions in 2016.  Drug scientist Lex Pelger wrote, “I’ve spent years reading the array of cannabis books, and ‘Thots on Pots’ still stands out as one of the finest distillations of wisdom I’ve ever seen on the many aspects of this old yet still exciting plant medicine.” Recently, Jeremy delivered a lecture at Psymposia in Amherst MA entitled “Defining Medicine – How Cannabis Reflects The Future.”

Jeremy’s travel writing and photography, from Eastern Europe, Russia, Cuba and Southeast Asia, have appeared in the Wall Street Journal, Metropolis, and Travel & Leisure. His photo collages, inspired by David Hockney, were on the covers of Newsweek, Harper’s and Fortune, and he made iconic album art for Spin Doctors, Soul Asylum, They Might Be Giants, and the Knitting Factory. He developed a technique of stop-motion photo animation for TV commercials by Coca-Cola and Weber Grills.