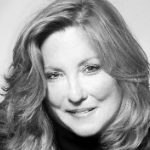 At Steep Hill, Ms. Bennett Warner serves as Director of Public Relations, managing media relations, external communications and social media for the company. Cathie has more than 30 years of experience in the public relations/public affairs arena. Prior to founding her own public relations firm, The CBW Group, in 2005, Ms. Bennett Warner held management roles in several national public relations firms, including Burson Marsteller, Public Strategies, and Manning, Selvage & Lee. She has managed large public policy events for the past four California Governors and First Ladies.

A 25 year breast cancer survivor, she has been an activist and spokesperson for numerous organizations supporting patient rights and research advances. She served a three year term on the CA State Medical Board as a public member appointed by the Governor and a four year term as Chair of the CA Medical Assistance Commission. A graduate of The George Washington University with a BA in political science, Cathie currently serves on the Board of Directors of both the Marin General Hospital Foundation and the San Domenico School.