If you’re a regular reader, you’ve followed the incredible story of Stan Rutner, an eighty-year-old who went from ten days to live to full remission thanks to cannabis oil. Stan is the father-in-law of United Patients Group founder John Malanca and the inspiration for this site.

We wanted to catch up with Stan and get his opinion, as someone whose life was saved by cannabis, about the shameful state of federal cannabis laws, which prevent millions of ailing Americans from getting access to the medicine they need. Check out our recent interview:

UPG: Stan, why don’t you start us off by telling a bit about yourself?
Stan: I am eighty years old, and it is great to be alive!!! The weather is beautiful!!! I am fortunate to have an opportunity to enjoy life again.

UPG: What is your life like today?
Stan: My wife and I live in a wonderful place, and I now have enough energy to think about 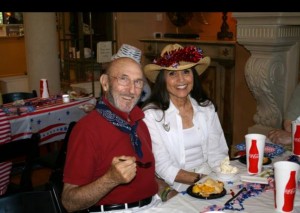 helping more people in our luxurious “old folks home,” all of whom have some ailment that would be amenable to treatment by cannabis. We have arthritis, bowel problems, hip and knee issues, early Alzheimer’s symptoms; you name it, we probably have it here.

UPG: Do you have a vision moving forward?
Stan: We want to help others in their search for relief of pain, etc., and a better quality of life. Aging is not a picnic.

UPG: Do you have any words for the federal government?
Stan: Congress can open the way to research by passing MEDICAL CANNABIS LAWS to reach that end. We are not looking for a “high,” and we are not taking a precursor to children’s addiction. We are not children. Give us medicine!

UPG: What benefits would come if the elderly had increased access to cannabis?
Stan: We could drastically cut Medicare costs with a simple, natural herb that really works, despite what the Attorney General’s office tells the media. Even CNN and Dr. Sanjay Gupta have carried the truth about medical cannabis.

UPG: What do you know now about medical cannabis that you didn’t realize before?
Stan: It is vastly cheaper than typical prescription drugs that have severe side effects, and it is, in many cases, more effective.

UPG: What is your advice for anyone who is listening?
Stan: I urge the Senate to follow the lead of the House and overwhelmingly pass the resolution [HB 499] to decriminalize cannabis NOW!

Stan’s wife, Barbara, was by his side through his diagnosis, illness, and recovery. She recalls the ordeal vividly:

‘Only weeks to live!’ That’s what my husband’s oncologist said during our meeting with 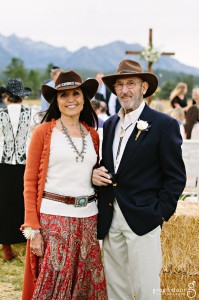 the Palliative Care Team in August of 2011. After months of radiation and chemotherapy, it had come to this. Stage 3B lung cancer with metastasis to his brain was about to take him from us.

“Then a miracle happened! Thanks to the impassioned research of family members, a tiny dose of medicinal cannabis (1/3 capsule per day) did what chemotherapy and radiation had been unable to do—give him back his life!”

Barbara shares Stan’s frustration that this live-saving cancer killer isn’t available to everyone who needs it. She laments,

“Those who have heard our story and come to us for advice are met with frustration, roadblocks, and red tape when they try to access the medicine for themselves or their loved ones—often losing precious time in the process.

“We find it unconscionable that the US government holds a patent on cannabinoids, but makes them unavailable to so many patients in need. At the very least, these people are being denied a better quality of life, and some are being denied life itself! 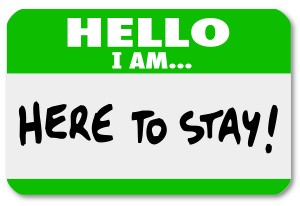 It’s not only children who need cannabis for cancer and epilepsy, but seniors as well. Allowing anyone to suffer needlessly is just plain cruel, and the federal government does it knowingly. Join us in getting Stan and Barbara’s message out. Don’t let any more seniors go without access to the life-saving medicine they need. We demand full legal access to cannabis!

Read Part 1 of 3 here – Should the Federal Government and FDA Be Sued for Murder?

­On Monday, Florida legalized Charlotte’s Web, the high-CBD strain made…

My story begins in 2011, the day after the Super Bowl. My father came over to have a chat with me. My heart sank when he told me that he was just diagnosed with stage three lung cancer.

A Day in the Life of a Cannabis Oil Maker