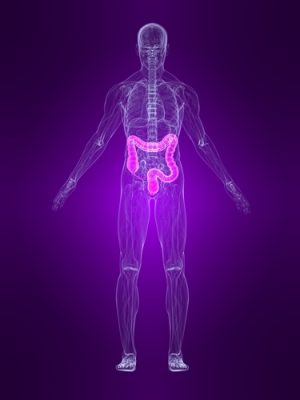 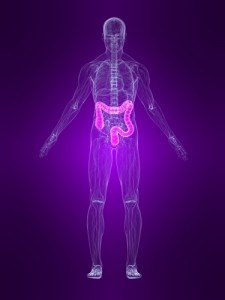 I had been using cannabis to alleviate my symptoms for nearly two years by the time a doctor diagnosed me with Crohn’s Disease. It was the fall of 2010. I was a college sophomore at the time, with homecoming right around the corner. It was difficult to accept the fact that I suffered from a chronic condition, but I stayed in school thanks to prescription drugs and, as I’ve learned, thanks to marijuana. Since 2010 I’ve experienced just one other flare-up of symptoms, the worst of which include ulcers, deficiencies caused by the malabsorbtion of nutrients, and the resultant fatigue that debilitates so many Crohn’s patients.

I count myself lucky in the relative severity of my disease, which is itself extremely rare, because I have not yet undergone surgery for any life-threatening complications. Most patients with my condition will—and I may yet end up under the knife—but I argue that cannabis products significantly reduce that danger.

Many people have died at younger ages from aggressive, often untreatable Crohn’s symptoms, so I feel more grateful for each healthy day at the age of twenty-four. As a medical marijuana patient living in California, I have access to excellent medicine. Now that my home state of Oregon has followed its northern neighbor in legalization, I feel even more empowered to access treatment up and down this beautiful side of the country.

My patient journey was not always so easy, though. I arrived in the San Francisco Bay 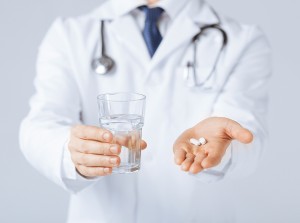 Area in the fall of 2009, without a medical marijuana recommendation, but I had already begun experiencing serious symptoms. One year later, I reached my breaking point because of two legal drugs that are now completely off-limits for me. I did just about the worst thing any Crohn’s patient could do: fighting a hangover with Advil. Now I abstain from both alcohol and Ibuprofen because they can cause ulcers in a fragile gastrointestinal tract like mine. Before my diagnosis, however, I knew none of this.

I did know that one of the only ways I could eat in my condition was by smoking marijuana to achieve the increased appetite known colloquially as “the munchies.” In fact, I had eaten my most satisfying meals while medicated for years by that time, but flare-ups can exacerbate the suppressed appetite that afflicts many patients with inflammatory bowel disease. My second and most recent flare-up occurred in the winter of 2013, and I was again prescribed a notorious little steroid known as Prednisone. This drug has a range of nasty effects including weight gain, difficulty sleeping, mood swings, and other harmful imbalances, and it can cause serious side effects if used in the long term. After two regimens on Prednisone, I must admit that I felt much worse than I had at the height of any flare-up. Once again, cannabinoids helped me with pain while my intestines healed—this time, however, I was mostly suffering because I was weaning off of the steroids I had been prescribed. 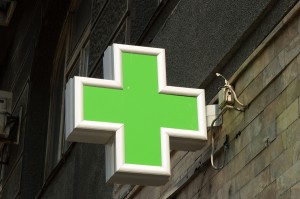 My experience with cannabis as a treatment for Crohn’s Disease is one of the biggest reasons that I’m excited to write for Meadow Care, a cannabis delivery mobile app. Cannabis was popular in ancient medicine as a cure for ailments of the stomach and digestion, but we are truly living in a new age here in 2014: medical researchers have finally begun to expose these hidden links with relation to Crohn’s Disease. Even with such high tradition in natural medicine, doctors and scientists explained the phenomenon very recently—the term ‘endocannabinoid’ was coined in the mid-1990s after a series of breakthroughs pinpointed THC-sensitive receptors in the brain. These receptors were found to relate to a range of psychological and physiological responses that include the functioning of the gastrointestinal system. With the discovery of the endocannabinoid system, it became apparent that cannabis might achieve the transition from an ancient to a modern medicine.

What does this mean for patients with inflammatory bowel disease? Put simply, it explains how cannabis helps Crohn’s patients to suppress symptoms like nausea, a cause of 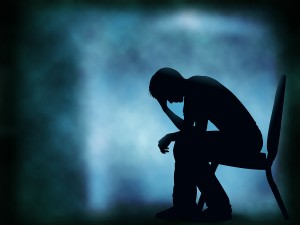 weight loss. Increased appetite was a noticeable effect, but the evidence suggested calming and antispasmodic properties as well; people with IBD likely used cannabis to relieve pain, stress, and to help them sleep long before the discovery of the endocannabinoid system. Following these implications, researchers began seriously investigating cannabis as a medication for Crohn’s Disease in 2011, with promising initial results.

Here at Meadow Care, we strive to provide patients with accurate and objective blog posts on peer-reviewed research, which is why we’ve created this Cannabis Patient’s Guide to Crohn’s Disease. Firstly, we do not recommend immediately adopting cannabis as a replacement for Crohn’s medication prescribed by physicians. Medical marijuana has been proven to reduce the need for medication in other diseases, and the same may be true for Crohn’s Disease—however, we should wait for further research before moving in this direction. In my experience, the best approach to controlling Crohn’s Disease involves a combination of prescription drugs, cannabis, regular exercise, and a healthy diet. On a side note, I do prefer certain pharmaceuticals over others, but some people suffering from a more aggressive case of Crohn’s Disease may not benefit from my prescriptions.

With that said, medical researchers made impressive progress toward classifying cannabis as an approved treatment for Crohn’s Disease in recent years. The best scientific evidence for the effectiveness of cannabis as a Crohn’s medication came in a series of three studies conducted between 2011 and 2013. Beyond the fact that each study included actual Crohn’s patients using cannabis, each of the three publications is unique in terms of sample size, methodology, and reliability.

In the first study, conducted by an Israeli team in August 2011, 30 participants rated their diseases on a scale called the Harvey Bradshaw index (also known as the Crohn’s Disease Activity Index or CDAI). After treatment with cannabis, 21 of the 30 “improved significantly,” with the need for other medication also reduced. Remarkably, “15 of the patients had 19 surgeries during an average period of nine years before cannabis use, but only two required surgery during an average period of three years of cannabis use.” One of the most important benefits may be a reduction in the the number of surgeries undergone by Crohn’s patients; the National Institutes of Health report that between 70% and 90% of these patients will require operations, of whom 39% require repeat operations. While its results were promising, however, skepticism persisted in 2011 because this study was a first foray without the use of a placebo-controlled group. To their credit, the researchers did achieve impressive results as measured by the CDAI, which depends on both self-reported and observed criteria. 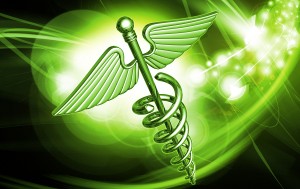 Later in 2011, a team of enteric scientists published a study of cannabis as a treatment for Crohn’s Disease and Ulcerative Colitis (UC), two common varieties of inflammatory bowel disease. The Crohn’s group consisted of 191 patients, of whom 91 reported lifetime cannabis use—a rate of 48%. Of lifetime users, an impressive 50% used marijuana to relieve symptoms. The numbers compare similarly between UC and Crohn’s patients in the study because cannabis treats similar problems caused by the two diseases. To achieve these measures, the team employed a questionnaire “regarding current and previous cannabis use, socioeconomic factors, disease history and medication use, including complementary alternative medicines.” For disease activity they used the Short Inflammatory Bowel Disease Questionnaire, another systematic index measuring the health-related quality of life for Crohn’s patients. As a survey of nearly 200 people, this study provided further evidence for the reclassification of medical marijuana as a Crohn’s treatment.

It was not until 2013, however, that the journal Clinical Gastroenterology and Hepatology published the most definitive results yet achieved on the subject. In a placebo-controlled study of 21 Crohn’s patients conducted over a period of ten weeks, 10 of the 11 subjects in the cannabis group induced a clinical response by smoking marijuana, with five even achieving complete remission. The placebo group showed much lower rates in each category, providing a much-needed control for mounting evidence surrounding cannabis as a treatment for inflammatory bowel conditions. With luck, these trials can provide the groundwork for a new series of experiments to prove the link between cannabis and Crohn’s Disease beyond a reasonable doubt.

A review of medical literature published early in 2014 by the journal Pharmacology sought to do just that, highlighting the locations of cannabinoid receptors (classified as either CB1 or CB2) throughout the gastrointestinal tract and their potential clinical effects:

Importantly, they emphasize that the brain is the principal site for CB1 expression and that CB2 has been detected in the brainstem. This means that the cannabis may reduce inflammation by acting on the central nervous system directly, perhaps influencing the sensation of pain, suppressing nausea, or relieving stress. These conjectures make sense to me as a Crohn’s patient, and researchers have long postulated that stress might cause symptoms to present. Paying respect to both ancient and modern wisdom, the review finds conclusively that cannabis has great potential as a treatment for Crohn’s Disease. In their words, this “elegant translation” from natural to scientific medicine should set the stage for major discoveries in the near future.

Crohn’s patients today may have the best chance at living normal lives seen thus far in the short history of this disease, and I believe that cannabis legalization could present another

inflection point. The research indicates that access to affordable cannabidiol and cannabis products could mitigate the pain and expense associated with Crohn’s Disease, and public health officials, politicians, and dispensaries alike have taken notice. If you suffer from inflammatory bowel disease and have not tried cannabis as a treatment for your symptoms, why not conduct your own clinical trials and report the results on one of the indices used in the studies? We want to hear your patient journey here at Meadow Care.

Daniel Towns is a patient and writer for Meadow Care San Francisco, CA

FOR MORE INFORMATION ON CROHN’S, CHECK OUT PATIENTS ROOM FOR CROHN’S DISEASE 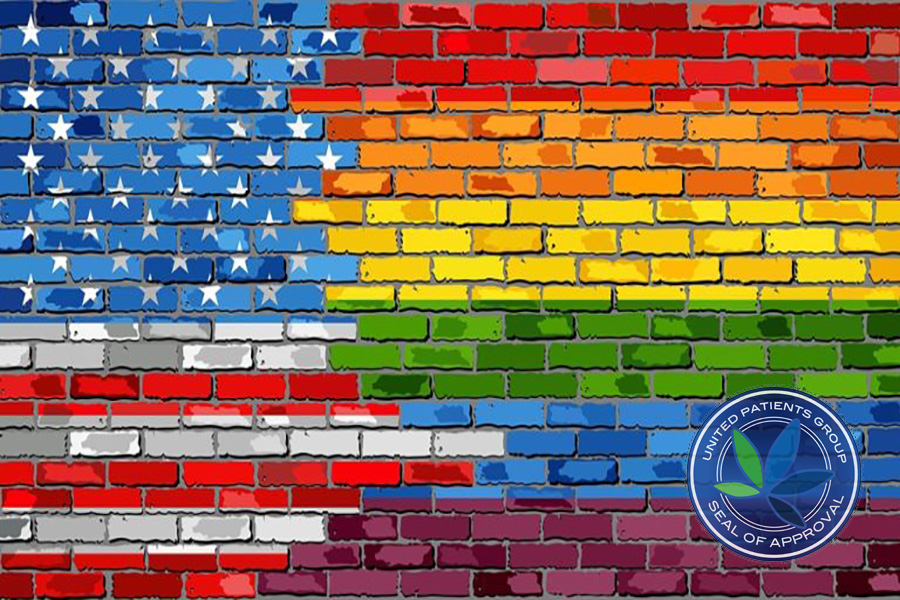 LGBT Pride and Medical Cannabis – How the Aids Epidemic Forged the Path to Marijuana Legalization
June 24, 2016 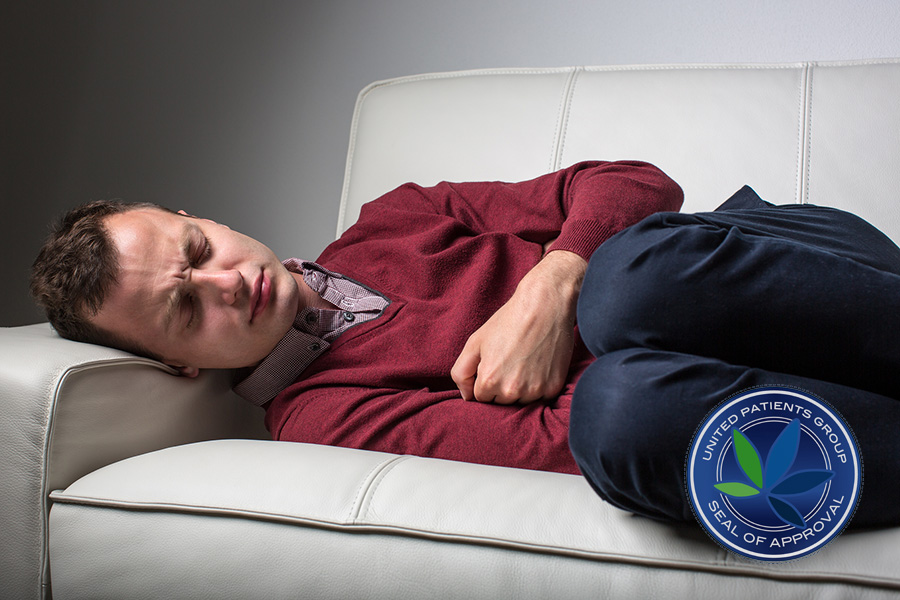 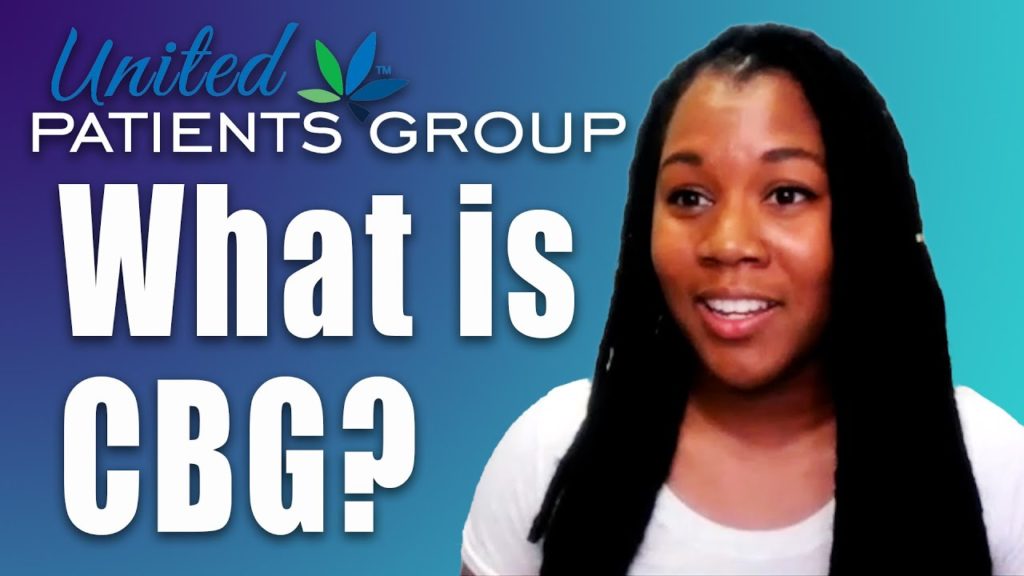