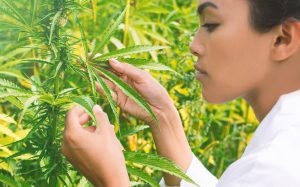 For thousands of years, cannabis has been used the world over for healing. In fact, marijuana is still included in the 50 fundamental (i.e. most important) herbs of Traditional Chinese Medicine. Even though the fate of cannabis on the federal level is still up in the air, the good news is that more and more, the healing power of cannabis for even the most serious health conditions is becoming common knowledge. This is especially true when it comes to breast cancer.

Dr. Christina Sanchez: The Importance of Both THC and CBD in Breast Cancer Healing

In workshops all of over the country as well as with the hundreds of individuals I coach each year on living a healthy breast lifestyle, I always include information on cannabis therapy as an option for those who are considering protocols for healing breast cancer. This is because I rely on evidence-based medicine for all the natural protocols I design. And, hands down, cannabis research over the last twenty-plus years has proven that marijuana contains many cancer-killing properties  that can be of benefit for those who have been diagnosed with or are at risk for Estrogen Positive (ER-positive) breast cancer.

Dr. Christina Sanchez of Compultense University in Madrid, Spain was one of the first researchers to specifically focus on breast cancer and cannabis. Her cancer research for over a decade provided deeper insight on how a properly-functioning endocannabinoid system assists in the healthy functioning of every organ system in the body, including the nervous, reproductive and immune systems. Her research during the 1990’s and 2000’s into how both THC and CBD affect breast cancer led to exciting discovering regarding the apoptotic (cancer-killing) effects of cannabinoids.

Her most recent research, however, has proved to be equally as exciting. She and her team at Computense University’s Cannabinoid Signalling Group (a part of CU’s Department of Biochemistry and Microbiology) are currently revealing how newly-discovered cannabinoid receptors, such as CB2, effect anti-tumoral activity in ER-positive breast cancers and other kinds of tumors.

“Our findings reveal an unprecedented role of CB2 as a pivotal regulator of HER2 pro-oncogenic signaling in breast cancer, and they suggest that CB2 may be a biomarker with prognostic value in these tumors,” writes Sanchez and her team in a 2015 report for the Journal of the National Cancer Institute.

Other studies have validated Dr. Sanchez’s findings over the years. A 2011 Harvard University study focused on cannabis’ effect on breast cancer cell programmed death as well as on 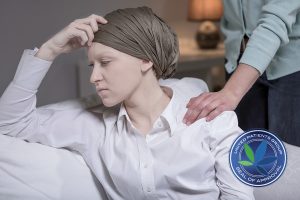 cellular autophagy, the way in which cells are recycled to create new cellular formation. For cancer cells, autophagy can be a mechanism for tumor suppression or cancer cell survival. According to the Harvard study, CBD in particular influenced methods of communication between “autophagic and apoptotic signaling pathways” which led to tumor reduction and apoptosis.

Other studies have discovered how cannabinoid therapy may affect the genes involved in the spread of breast cancer. Dr. Sean McAllister of California Pacific Medical Center, and his San Francisco-based team are focusing their research on how cannabinoids, in particular CBD, can inhibit human breast cell growth through inhibiting genetic communication, including those cellular signaling pathways that control proteins commonly found in highly-aggressive forms of metastatic breast and brain cancers.

“We find when you treat with [Cannabidiol], you down regulate the expression of this protein, and that inhibits the disease process,” says McAllister.

The Entourage Effect of Cannabis for Breast Cancer

“One of the advantages of cannabinoid-based medicines would be that they target specifically tumor cells,” Dr. Sanchez said in a 2011 video interview. “They don’t have any toxic effect on normal non-tumoral cells. This is an advantage with respect to standard chemotherapy, that targets basically everything.”

This is also the reason why finding the right kinds of all-natural, organic and herbal (not synthetic) cannabinoid preparations are the most effective way to go when considering cannabis for your breast cancer protocol. Part of this journey has to include learning how the different components within cannabis work together for cancer healing.

First, there is the difference between different strains of cannabis: indica, sativa and ruderalis cannabis.

“While all three produce cannabinoids such as THC and CBD, cannabis ruderalis (also known as hemp) does not contain them in a high enough concentration to have a therapeutic effect,” say Drs. Matik Burnett and Amanda Reiman in a recent joint-article for the Drug Policy Alliance. 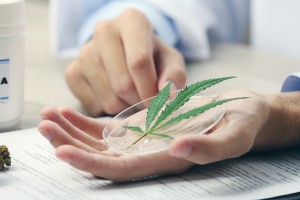 In addition, each cannabis plant contains over 400 different chemical compounds, including dozens of terpenes, flavonoids, and cannabinoids. While research into the breast cancer-busting effects of specific cannabis strains is still in its infancy, current studies strongly suggest that certain terpenes within the various strains of cannabis may play a role on effectiveness against specific forms of cancer.

The interactions between terpenes and cannabinoids that promote healing is referred to as the “entourage effect.” Some terpenes, for example, have the effect of buffering the psychoactive nature of THC, while others, such as mycene, enhance it. Some terpenes, such as borneol, are able to quickly breach the blood-brain barrier. Others, such as Beta-Caryophyllene (a sesquiterpene also found in black pepper and oregano), has shown to have an effect on inflammation and autoimmune conditions, in part because of its ability to bind directly to the CB2 receptor, an integral part of the endocannabinoid system.

Dr. Ethan Russo, a neurologist who writes extensively on cannabinoid therapy and the endocannabiniod system, states in his 2011 report for the British Journal of Pharmacology that cannabinoid-terpenoid interactions “could produce synergy with respect to treatment of pain, inflammation, depression, anxiety, addiction, epilepsy, cancer, fungal, and bacterial infections.”

As science– and necessity– uncovers more and more about the healing power of cannabis for cancer, the amount of information out there can sometimes be overwhelming, especially if you are also dealing with the emotional stress of a recent diagnosis. The best way to discover which kinds of cannabinoid therapy is right for you is to work directly with a health professional who has had training in cannabinoid therapy. United Patients Group is a great resource for connecting patients with qualified, trained professionals in states where medical cannabis is legal. Find out what the status of your state is. Then learn all you can about the awesome power of cannabis for your healthy breast journey. 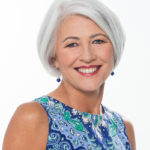 Dr. Veronique Desaulniers, better known as Dr. V, is the founder of  The 7 Essentials System ™, a step-by-step guide that teaches you exactly how to prevent and heal Breast Cancer naturally. To get your FREE 7-Day Mini e-Course and to receive her weekly action steps and inspiring articles on the power of Natural Medicine, visit her at BreastCancerConqueror.com