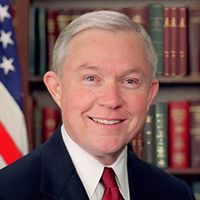 Clearer in what way?

Mr. Sessions, you’ve said that government leaders and lawmakers need to drive home “knowledge that this drug is dangerous, you cannot play with it, it is not funny, it’s not something to laugh about…and to send that message with clarity that good people don’t smoke marijuana.”

You are correct on at least three counts, sir. 1) The medical cannabis community has never played with marijuana. It is a medication. It is nothing to play with. 2) We do not believe it is funny. Access to this life-saving, symptom-relieving medication is, in fact, deadly serious. 3) Maintaining access to legal cannabis is absolutely nothing to laugh 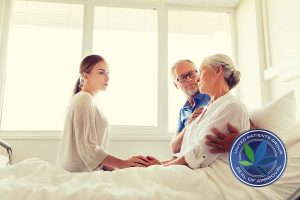 But let’s return for a moment to the assertion that “good people” don’t “smoke” marijuana.

Humbly, earnestly, sincerely, and with all due respect, Mr. Sessions, we believe you need to get out of the bubble of Washington DC and meet a few medical marijuana patients. Preferably a few hundred. Meet, for example, the veterans who are using cannabis to combat post-traumatic stress disorder.

Are veterans who fought for us in Afghanistan, Iraq, and elsewhere around the globe not good people?

The Demographics of Medical Marijuana

Mr. Sessions, your notions of who “smokes” marijuana seem to be stuck in another era. Cheech and Chong haven’t made a major motion 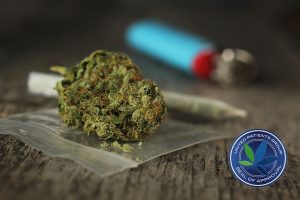 picture since the Reagan Administration—which is roughly the last time cannabis was considered “funny.” A lot has changed since then, including the means of cannabis administration. Today, not everybody smokes medical cannabis; it’s available in carefully titrated dose-controlled oils, tinctures, sub-lingual sprays, suppositories, nasal sprays, transdermal patches, topical creams, and other forms that have nothing to do with “smoking.”

Today, we know (due to surveys of users) that medical cannabis card-holders are educated, productive members of society, not slackers living in basements.

Charlotte’s story is the kind that turns parents’ blood to ice. At just three months old, the formerly healthy and normal baby girl—a twin—experienced her first seizure, which lasted a terrifying 30 minutes. The trip to the hospital that followed was the beginning of a 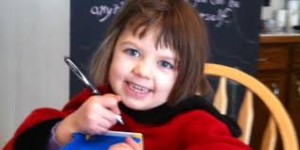 years-long quest to find a diagnosis and cure. The seizures increased in number, severity, and the toll they were taking on Charlotte’s tiny body. By the time she was 2½, she’d been diagnosed with Dravet Syndrome, which is a devastating and severe type of epilepsy that cannot be controlled by medications. But she was taking strong medications—seven of them, including strong barbiturates and benzodiazapines. Her parents tried a severely limited ketogenic diet that’s frequently used to treat epilepsy, low in carbohydrates and high in fats. It worked, for a time, with side effects…but then the seizures came back. 300 per week.

That’s when Charlotte’s mother decided to turn to medical marijuana, even though until that point in time, she had been staunchly opposed to legalization herself. She found a strain that’s high in CBD and low in THC; a friend extracted oil from the two ounces that were available at a local dispensary; then she administered the first dose to Charlotte. The seizures stopped for an hour. Then another hour. With continued dosing, they didn’t return for seven days.

Today, Charlotte is 10 years old and still receives her medicine twice per day. She experiences seizures only once or twice per month.

Surely an innocent child who has spent most of her early years in and out of hospitals battling a brain disorder and found relief, not from pharmaceuticals, but through the natural cannabinoids of a strain of cannabis, is the very definition of a “good person.”

Cashy Hyde, Pioneer as the First and Youngest ‘Legal’ Medical Cannabis Patient in the United States 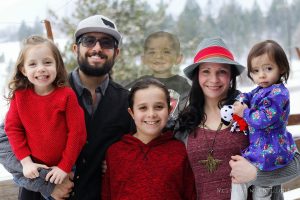 , who was just 4 years old when he lost his life to brain cancer, did not live long enough to go to school. He never experienced Little League Baseball, or played a game of tag at recess. He was not old enough or tall enough to enjoy most of the rides at Disneyland. He was, however, so ravaged by nausea and pain from his radiation treatments that he was unable to eat for 40 days afterwards and wasting away before his father’s eyes. And that is when Cashy’s parents, Mike and Kalli Hyde (who is a Registered Nurse, specializing in Labor and delivery) turned to cannabis oil, turning into effectively outlaws by obtaining it in a neighboring state where it was legal and inserting it in his feeding tube. The medication restored his appetite and desire to play within days. Then his cancer went into remission.

When a federal crackdown on medical marijuana dispensaries in Montana cut off Cashy’s family’s access to his medication, he had to go without. That’s when his cancer came back, and the world lost Cashy on November 14th, 2012.

Only the cruelest of hearts would argue that Cashy and his parents aren’t “good people.”

They were, are, and will always be the best of people.

Mr. Sessions, we understand your entire career has been consistently anti-marijuana. We know that as a state’s attorney in Alabama, a prosecutor in 1986 testified you once joked you thought the Ku Klux Klan “was okay until I found out they smoked pot.”

This attitude places you firmly outside the mainstream opinion Americans have toward cannabis today. As of October, 2016, 57% of 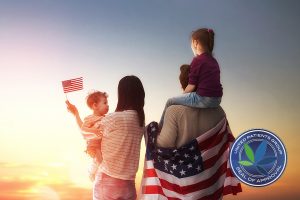 American adults surveyed by the Pew Research Organization responded that marijuana should be legalized—and that is an attitude about total legalization, not just medical legalization. It marks a striking and comparatively rapid turnaround from just ten years ago, when those numbers were reversed.  It is important for you to understand what is missing from this conversation.

The topic of “Medical Cannabis” is a separate focus of the industry than the “Adult Use” of Marijuana.

Medical Cannabis education, research and access is referencing gravely and chronically ill patients.  “Adult use” is a recreational focus.  These are two completely separate topics of conversation.

If you would like to take action, please call your state representative or senator to voice your concern about Mr. Sessions’ position on legal access to medical cannabis and demand that he answer explicit, detailed questions about states’ rights to maintain medical access without federal interference during his confirmation hearings in 2017.