VOTE 2016: A Look at Medical Cannabis Initiatives this November 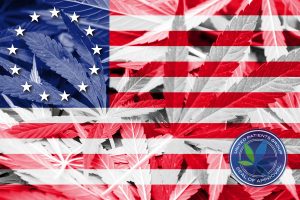 As hard as it may be to turn away from the spectacle that occurs on the nightly news, there is a lot more to this voting season than the high drama of the presidential election; it is also a busy time for medical marijuana reform. And while much of the media in this regard is focused on recreational legalization initiatives, there are four states—Montana, North Dakota, Arkansas and Florida—who will decide on medical cannabis initiatives as well.

But nothing is ever as simple as it could be (or should be) when it comes to politics.  While one of the states (see below) will have two medical cannabis initiatives on the ballot this year, Montana’s on-again, off-again relationship with legalization has caused suffering for thousands of patients in Big Sky Country over the last six years. 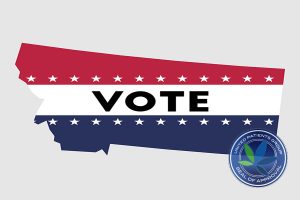 diagnosed with an aggressive brain tumor at just 20 months old. At first he was able to endure the harsh chemotherapy drugs but when he stopped eating, the Hyde family knew that they had to take matters into their own hands.

They turned to medical cannabis and Cash Hyde became the youngest pediatric medical marijuana patient in the country and the first such patient to receive high-dose radiation without the use of conventional pain and nausea medications (only .3 mil of cannabis oil given 24/7 from a feeding tube).

Within days of administering the oil, Cash began to eat. Then in July 2011, state law enforcement officials cracked down on Montana caregivers with State Senate Bill 423, which dissolved (some say, illegally) the Montana medical cannabis industry overnight.

“In 2011, when they took away our voter initiative (I-148, the 2004 Montana Medical Marijuana Allowance Initiative), one of the main pieces of literature they took out was the ‘Affirmative Defense’ [clause] that was built into it,” explains Mike Hyde, Cash Hyde’s father and founder/director of the Cash Hyde Foundation.   “What it said is that if you were found trafficking, growing, assisting, transferring marijuana and, at the end of the day, it went to a patient, then you were not to be charged.” 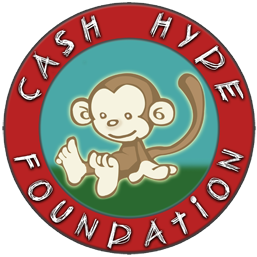 Even though these tight restrictions were eventually halted by an injunction, the damage had already been done. The results were devastating for the Hyde family. Without access to cannabis, Cash’s cancer quickly returned and he passed away on November 12, 2012.

The restrictions also proved detrimental for the over 40,000 medical cannabis patients in Montana at the time. That same year, Montana officials strictly enforced still-standing federal warnings which state that anyone holding a medical cannabis card (whose name is then placed in the state medical cannabis registry) could not legally carry a firearm.

On August 31, 2016, after five years of being tied up in court, Senate Bill 423 finally went into effect.  This November’s vote on Initiative 182 (the Montana Medical Marijuana Initiative) will restore most of the medical marijuana rights granted under I-148 and comes a mere three months later.

Mike Hyde has not been actively involved in promoting Initiative 182 this year. Instead, he has focused his time helping pediatric cancer patients through the Cash Hyde Foundation. Nevertheless, he is optimistic about 182.

“I’ve been out of the loop as far as changing back our law but it has had some good momentum and I think it needs to happen,” says Mike.

Two other states that have medical marijuana initiatives on the ballot are Arkansas and North Dakota. In fact, Arkansas prior to last week 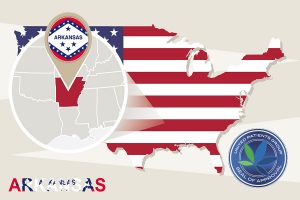 Issue 7, which was endorsed by NORML in September, would have allowed home cultivation for patients who live more than 20 miles from the nearest dispensary and would not have restricted the number of dispensaries. Sadly, Issue 7 was yanked from the ballot last Friday after a petition was filed by Little Rock lawyers Kara and Patrick Benca, who challenged signatures collected to get it on the ballot. The Arkansas Supreme Court ruled in their favor on Thursday.

Voters appeared to be divided, and understandably confused, about what the two initiatives represented prior to Issue 7 being pulled. According to a Talk Business & Politics – Hendrix College poll conducted in September, 49% of respondents were in favor of Issue 6 and 43% were against. At the same time, 36% were in favor of Issue 7 with 53% opposed.

Because of the last-minute changes, medical cannabis made headline news in Arkansas again last week.  Supporters of the now-defunct Issue 7 say that they will appeal the Supreme Court decision, but that it would be too late to reinstate Issue 7 before the coming election. Instead, former Issue 7 supporters are now rallying around the more restrictive Issue 6 as the only option for medical cannabis patients in Arkansas to be able to gain at least some access to the medicine that they need quickly.

In North Dakota, the projected outcome of Measure 5 (the North Dakota Medical Marijuana Legalization Measure or “North Dakota Compassionate Care Act”) is equally as shaky. A measure similar to Measure 5 failed to reach voters in 2012. In addition, two other medical cannabis-related bills, one a prescription-focused legalization bill and the other an interim study on legalization for those with serious conditions, did not pass during the last state legislative session. 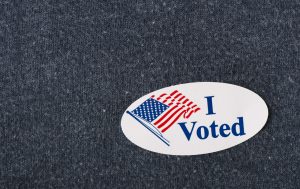 Florida on the other hand, offers a ray of sunshine for would-be medical cannabis patients this November. Recent polls indicate that their Amendment 2 (the Florida Medical Marijuana Legalization Amendment) will most likely pass. This is due mostly to the fact that the majority of Floridians already did vote in favor of marijuana for medical purposes back in 2014, with 58% in favor. The state legislature changed the rules on constitutional amendments in 2006, however, so a 60 % majority is needed for any amendment to its constitution to pass.

In addition, Florida currently has a law (passed earlier this year) that grants medical cannabis use for “terminal” patients. As a result, a budding dispensary system is already active in the state, mostly centered in the Miami area.

The vote in Florida could be the most significant of all. If Amendment 2 passes, it will represent the first state in the south to do so, paving the way for other states in the Union to open their legal doors to much-needed medical cannabis for their citizens as well.

Whether you live in one of the states with cannabis initiatives on the ballot or not, the importance of YOUR VOTE on both state and federal ballot measures and candidates this year is more important than ever. The fate of not only our country’s health freedom but also many other of our rights as citizens depends on it.