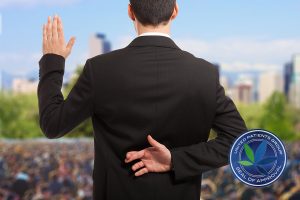 There’s a common, disparaging word predictably thrown out by critics and skeptics to describe positive experience with cannabis to self-treat serious illnesses and their symptoms: “anecdata.” The implication is that direct personal reports of effective symptom management and even disease healing are less valid, less important, and less worth paying attention to than formal clinical trial data published in established, peer-reviewed medical journals.

This implication might even prove true in some cases, if study were actually allowed. But in all but the tiniest number of cases, the clinical investigation of cannabis is effectively still banned in the U.S., due to the baseless, irrational, tenacious, destructive, and cruel continued classification of cannabis as a Schedule 1 drug, which effectively prevents meaningful studies that could finally produce a reliable body of substantive, valid evidence for or against its use in the treatment of a wide array of illnesses.

But for such diseases as breast cancer and metastatic cancers, we do have access to powerful anecdata—and they come from journalists and writers whose voices are speaking their own truth to power.

In an essay that deserves to be read from top to bottom, and not just once but multiple times, blogger and journalist Xeni Jardin discusses in depth her journey from a medical cannabis skeptic to a full-throated advocate 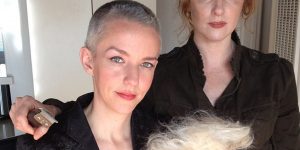 . Before she inadvertently and infamously live-tweeted her diagnosis with breast cancer at age 31, she’d believed California’s medical cannabis provisions to be simply a “loophole” for “stoners” to gain access to marijuana through “sketchy” storefront dispensaries, and because of her residence in Venice, CA (where less-than-scrupulous sandwich-board-wearing barkers announce to tourists that they can “get legal” in 30 minutes or less), she had some reason for her dubious stance. But her brutal journey through ruthless breast cancer surgery, chemotherapy, and radiation treatments, cannabis helped stop her vomiting when anti-nausea prescription drugs did not. It helped her take fewer addictive opioid medications, catalyzing their painkilling effects. It cut down on her anxiety and insomnia. And, critically, after her own experiences, her own attitude toward medicinal marijuana had transformed so completely, she reports she has turned to helping other cancer patients she meets access and use it to manage their own illness.

Searching for The Next Great Weapon with The Cancer Moonshot: Chasing Miracles 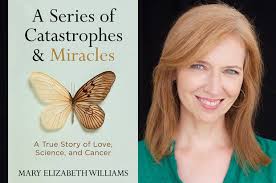 She’d already been diagnosed with melanoma on her scalp in 2010 and undergone surgery. Now a year later it was back, with a vengeance. Stage IV and metastatic, with tumors on a lung and near her spine. For those who aren’t intimately familiar with cancer staging, stage IV is the stage at which a grave-faced oncologist typically tells you how many months (or weeks) you can expect to live. Stage IV metastatic melanoma is “rapidly fatal.”

Her memoir, A Series of Catastrophes and Miracles, opens with the sentence, “Spoiler: I lived.”

The miracle was enrolling in a phase 1 clinical trial for immunotherapy—at the time, an incredibly novel form of treatment for cancer that researchers believed might allow the body’s own immune cells to turn on cancer cells and destroy them, without the full-body toxicity and destruction typically wreaked by chemotherapy.

Within a matter of weeks, all of her tumors had disappeared. (Not every participant in her study, or even in her cohort, had the same outcome.)

Today, in great part because of the clinical trial in which Williams took part, immunotherapy (as well as other novel, groundbreaking treatments, including epigenetic and targeted therapies) have joined the arsenal of weapons against cancers of all kinds.

These are the kinds of studies—compassionate-use, small-cohort studies in patients with literally nothing to lose—that could open doors to the study of, say, cannabinoid oil in other patients with late-stage metastatic melanoma.)

In the State of the Union address of 2016, to expedite more outcomes like Williams’ and more cancer stories that begin with, “Spoiler: I lived,” President Barack Obama announced a Cancer Moonshot, under the direction of Vice President Joe Biden, with the stated goal of making more cancer therapies available to more patients.

The original moonshot wasn’t achieved by blocking off entire avenues of physics because a few scientists had been trained since birth to disapprove of them. We didn’t get to the moon by locking down material sets and telling engineers they could not have access to them.

If we are serious about the cancer moonshot, cannabis (and other plants whose potential medicinal properties haven’t been fully studied, such as kratom, an herbal painkiller widely used in Southeast  Asia which was banned in the U.S. on Sept. 30, 2016 for rationales that remain murky, despite an outpouring of public outcry), cannot be proactively removed from the effort, or it won’t be a “moonshot” at all. It will simply be a railroad on stilts. Science goes where the evidence leads—not where prohibitionists decide to allow investigators to look. We’ve added our own voice to the chorus advocating for the best science in this quest—not only the science that fits particular political agendas.

When entire classes of naturally occurring plants are removed whole cloth by prohibitive scheduling from the arena of scientific inquiry, the only losers are patients. Even though it is hypothetically possible to carry out research on medical cannabis in the U.S., in reality, the barriers are simply unsurmountable.

Compound that with the reality that different delivery methods (vaping, edibles, sublingual, oils, and smoking) deliver different therapeutic effect for different diseases, and the lost opportunities for designing good, solid studies that have been lost since cannabis was placed on Schedule 1 in 1970 are heartbreaking. 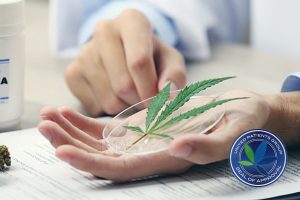 Because of federal restrictions, until very recently, researchers seeking permission to study whole-plant medical cannabis were required to obtain an approved investigational new drug application from the FDA, a letter of approval from the National Institute on Drug Abuse, and a Schedule 1 Clearance from the Drug Enforcement Agency, which also had to provide clearance for possessing and transporting cannabis for study from the one legal cannabis farm in the United States, at the University of Mississippi. By the time these hurdles had been cleared, two to three years may have passed—effectively impossible barriers for most researchers. (Some progress has been made recently, easing some of the restrictions for the study of cannabidiol (CBD), an extract of cannabis without psychoactive properties, which effectively removes one step from the process for studies already underway.)

And as the “anecdata” continually show, all medical cannabis is not created equal. Every strain has a unique ratio of THC to CBD. As new medical marijuana strains and hybrids seem to proliferate every week in states with compassionate use provisions, the logistics of rapid and responsible scientific inquiry required for the Cancer Moonshot will be strained unless an as-yet-unnamed new group of licensed growers, which DEA announced the intention to form in October, 2016, can be brought rapidly up to speed. With its announcement in August 2016 regarding these new requirements, DEA seemed to signal that large medicinal cannabis growers already in the market will not qualify for these licenses; instead, due to strict requirements and the limited number of licenses granted, big agriculture and pharmaceutical companies may be exclusively qualified for these new contracts.

In the end, Xeni Jardin gets the final word:

“May our nation soon come to its senses. May more people with cancer be able to safely, legally, affordably access this powerful drug, and find relief in it... Cancer patients should have easy access to cannabis, if they want it. No law or social stigma should stand in their way. Period.”