Cannabinoids Part 2: A Primer in CBD Information, the Heart of Cannabinoid Healing 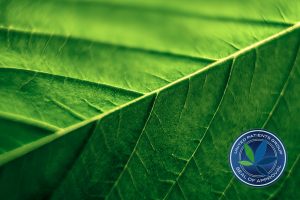 Last week we talked about the well-known chemical substance found in cannabis called Tetrahydrocannabinol or THC, an amazing chemical compound that is about a lot more than just “getting high.” As with all cannabinoids, THC reaches its full potential, however, when it is combined with other substances found in the cannabis plant. In this article, we will take a look at CBD, one of the most abundant cannabinoids found in the cannabis plant, and how it promotes healing for dozens of conditions.

Cannabidiol occurs in large amounts within the cannabis plant. CBD and its variants have specific properties and ways of functioning in the body that differ from 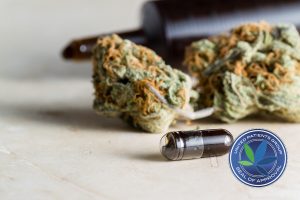 THC. First of all, it is “non-psychoactive” (although it does affect the brain in other ways). Why is this? It all comes down to communication between cells. THC produces a psychoactive effect because of its interaction with a chemical receptor in the brain called CB1. On the other hand, CBD does not have any communication with this one receptor but instead binds with several sites in the brain. Some of these include serotonin 5HT1A (which is why CBD is good for depression), TRPV1 (responsible in part for CBD’s anti-psychotic effects), and PPAR-gamma, a gene regulator.

Besides straight THC, CBD is perhaps the most studied cannabinoid in the halls of medical and psychological research. Science has just scraped the surface of what CBD can do for the body. Here is a run-down of the “heavy hitters” of conditions CBD can help with:

Pain relief: CBD can work as a stand-alone for pain relief in much the same way as opiate drugs can, without the devastating side effects. In conjunction with THC, which works to relieve pain in a different way, it is much more effective. According to current research, CBD has been found to enhance THC’s pain-killing effects.

Neuro-Protective Agent: CBD has been found to help with several neurological disorders, including depression. It can also work in conjunction with THC towards this end. CBD can “balance” the psycho-active effects of THC and diminish the anxiety and paranoia it can cause for certain individuals while still allowing it to provide an uplifting experience that can move a person out of a depressive state. CBD has also shown to have a positive effect on memory loss and dementia and can have a tranquilizing effect for those who suffer from psychosis, especially when it is combined with certain terpenoid substances. 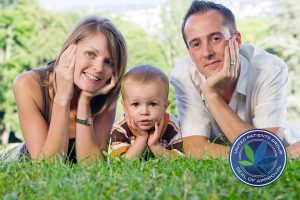 Cardiovascular Health: Thus far, CBD is the only cannabinoid that has been identified in medical research to help lower blood sugar levels to help with diabetes and metabolic dysfunction. It has also been shown to reduce the risk of artery blockage and help relieve vascular tension.

Helps reduce epileptic seizures: There are currently two FDA-approved clinical trials underway to assess the therapeutic uses of CBD in treating epilepsy (Dravet Syndrome) in children. Other inquiries are looking at the way CBD and THC combine to help reduce the life-inhibiting effects of epilepsy in general.

Cancer healer: CBD has been known to inhibit cell growth. One of the latest studies on the effects of CBD on cancer was a study published by California Pacific Medical Center. This study demonstrated that CBD prohibited cellular communication of the Id-1 gene (one of many genetic factors that is responsible for cancer tumor growth) in breast cancer cells. According to the researchers, “CBD represents the first nontoxic exogenous agent that can significantly decrease Id-1 expression in metastatic breast cancer cells leading to the down-regulation of tumor aggressiveness.” CBD can also strengthen the immune system and the inflammatory response in general to effect tumor growth. Medical studies as well as anecdotal evidence strongly suggests that CBD works best against cancer when it is combined with THC.

Of course, these are just a few of the conditions CBD can assist with. Others include insomnia, skin conditions, bacteria growth, help with nausea, oxidative stress, bone healing and growth, muscle spasm and help with the digestive system (including Crohn’s Disease), just to name a few.

Does CBD Alone Do the Trick When it Comes to Healing? 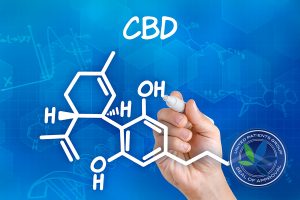 The not-so-simple answer to this question is “yes and no.” Yes, CBD by itself has many healing qualities, as discussed above. But when combined with other cannabinoids, it becomes a true powerhouse for healing. In fact, using different cannabinoids together has been shown to have more targeted as well as stronger effects for many conditions than the use of a single cannabinoid alone. This “team effort,” known as the Entourage Effect, is a new and exciting branch of scientific study which will be talked about in more detail in the next article.

The fact that CBD is non-psychoactive has prompted seventeen states thus far to pass “CBD-only” medical cannabis laws. These states allow for the use of “low THC, high cannabidiol (CBD) products for medical reasons in limited situations or as a legal defense.”  Using vague terminology as to what constitutes “low THC” and promoting CBD only without adequate research and proper consumer education about the limitations of its use as a stand-alone treatment does a real disservice to many patients with certain conditions. Indeed, this lack of knowledge can mean the difference between life or death and can certainly affect quality of life for patients with certain conditions such as cancer and pediatric epilepsy.