We have received many calls from patients asking for information and advice about the use of bee venom therapy (BVT) for treating serious medical conditions such as multiple sclerosis and cancer. These calls inspired us to conduct our own research, and we would like to share what we have learned.

Many people use honey dissolved in tea to treat a sore throat. The medicinal use of bee products—which include beeswax, honey, pollen, propolis, royal jelly, and venom—is known as apitherapy. The American Apitherapy Society website claims that apitherapy can improve circulation, decrease inflammation, and stimulate a healthy immune response. The organization asserts that bee products can be useful for treating patients suffering from a number of ailments including arthritis, burns, gout, multiple sclerosis, shingles, and tendonitis.

The medicinal practice of administering bee stings dates back to prehistoric times. Hippocrates, the “Father of Medicine,” used bee stings to treat joint pain and arthritis. Today, an estimated 50 US physicians administer bee venom, also called apitoxin, to treat MS and other diseases.

Although yellow jackets, hornets, and wasps belong to the bee family and have the ability to inject venom through a painful sting, honeybee venom is most often used in BVT. Apitoxin is believed to contain at least 18 active components, which proponents suggest can have pharmaceutical properties that could relieve pain, reduce swelling, boost immune system function, and increase cortisol production. Some practitioners believe that it is the combination of all the components found in apitoxin that causes the body to release natural healing compounds in its own defense.

The most notable compounds in apitoxin include:

While many patients are able to tolerate BVT, some can experience severe and potentially life-threatening allergic reactions to the venom. Practitioners are required to keep allergy kits on hand.

An estimated 10,000 MS patients use BVT as an alternative to interferon, corticosteroids, and other drugs. Honeybee venom can be administered topically or orally, but in many cases, BVT involves twenty to forty bees applied to the skin covering a specific body part. The bee is induced to sting the patient, and the stinger is left for 10 to 15 minutes. Ice may be used to numb the area before and after the sting to minimize pain. The treatments are administered weekly, sometimes more.

Still, while many patients report improvements, medical research on patients hasn’t confirmed BVT’s effectiveness for treating MS. Apamin is known to inhibit the potassium channel of nerve cells and relieve MS-associated fatigue, leg weakness, and walking difficulty. While this may sound like good news, it remains unclear if the amount of apamin delivered by bee stings is sufficient to affect potassium channels.

A 2005 clinical trial conducted in the Netherlands comparing 13 patients who received BVT every week for 24 weeks to 13 people receiving no treatment showed no difference in MRI scans, relapse rate, disability, fatigue, and quality of life scales.

Animal studies show mixed results. In one study, administration of an amount of Iranian honeybee venom into mice afflicted with experimental allergic encephalomyelitis (EAE), an animal model of MS, produced decreased symptoms of the clinical disorder. But these findings differ from a 1998 Canadian study on mice in which researchers could not find any improvements.

Melittin’s ability to target cancer cells—including those from bladder, blood (leukemia), kidney, liver, lung, mammary, and prostate cancer—has been understood for years. But it hasn’t been used as a drug because it also attacks healthy cells, including red blood cells.

In August 2009, Washington University researchers announced that they had successfully reduced tumor growth in mice using molecularly targeted nanocarriers. Nanocarriers are transport modules that contain another substance. Dubbed “nanobees,” these melittin-filled nanocarriers are injected into the blood stream, where they circulate until they reach and attack cancerous tumors. The nanobees act as a shield to keep their melittin payload from making contact with and poisoning red blood cells. This targeted approach could lead to therapies that circumvent the toxic side effects of today’s commonly used chemotherapies.

Scientific research is uncovering medical uses for the compounds found in honeybee venom. The limited research that has been conducted has not conclusively demonstrated BVT works to treat MS or cancer. Clearly, more research is necessary. If you believe you are experiencing a reduction in symptoms from BVT and can tolerate the treatments, please make sure your practitioner keeps an allergic reaction kit nearby in case you experience a severe allergic reaction.

Have experience (positive or negative) with BVT? Please share your story in the comments! 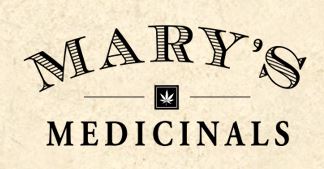 In the United States, approximately one in five women have been raped and 50% have experienced some other form of sexually-related assault.