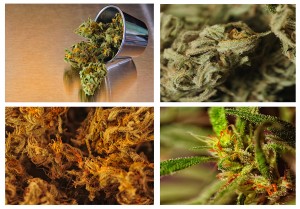 As the science of medical cannabis develops, we’re discovering more and more that breeding cannabis for different levels of medicinal compounds—known as cannabinoids—makes the medicine better for treating specific ailments. Growers and testers are hard at work tailoring their strains to be maximally effective for treating cancer, multiple sclerosis, epilepsy, and more. But what are the cannabinoids they’re looking at, and what do they do? Let’s explore that question.

Scientists have identified 483 different chemical compounds in cannabis. For the vast majority of these, the medicinal effect is not yet known. Most research focuses on just a few of these compounds and their effect on the brain.

one that gets you “high.” It is created when the plant matter is dried and heated as a result of smoking, cooking, or extracting. THC binds to cannabinoid receptors in the central nervous system and the immune system, resulting in relaxation, reduced pain, and increased appetite.

What it treats: THC is helpful for treating many, many ailments. Studies have shown that it has medicinal benefits for ALS (Lou Gehrig’s disease), Alzheimer’s, anxiety, arthritis, chemotherapy side effects, Crohn’s Disease, chronic pain, fibromyalgia, HIV-related peripheral neuropathy, Huntington’s Disease, incontinence, insomnia, multiple sclerosis, pruritus, sleep apnea, and Tourette Syndrome, among others. THC has even been shown to kill cancerous tumors!

Patients report that THC helps reduce nausea and vomiting, which is particularly helpful for those undergoing chemotherapy. Patients suffering from AIDS often experience a lack of appetite, which THC may be helpful in counteracting. Some patients also use THC for glaucoma relief.

What it does: Prior to drying, the chemical that becomes THC is known as THCa (tetrahydrocannibinolic acid). In its fresh form, THCa is non-psychoactive. A growing number of patients and caregivers, led by Dr. William Courtney of Mendocino County, are learning the benefits of juicing raw, fresh cannabis. Dr. Courtney believes THCa has medicinal properties that are lost when the plant is dried, and it can be metabolized in much larger doses than THC, making it potentially more effective. THCa is reported to have anti-proliferative and anti-inflammatory abilities, which show potential to inhibit the growth of cancerous cells. Its anti-spasmodic properties that help subdue muscle spasms may explain the success some of our patients are reporting controlling seizures.

What it treats: THCa appears to help with chronic immune-system disorders. Dr. Courtney’s wife, Kristen Peskuski, found juicing cannabis to be the only effective treatment for her chronic Lupus. She had been on over forty medications and suffered terrible side effects before she discovered THCa. Read more about juicing cannabis here.  Patients also have reported that THCa’s anti-inflammatory effects range from arthritis to endometriosis and even menstrual cramps. Some patients report energizing effects from its use.

and interest in its effects is growing. It is non-psychoactive. It has been reported to have anti-convulsive, anti-anxiety, anti-psychotic, anti-nausea, anti-rheumatoid arthritic and sedative properties.

What it does: CBN (cannabinol) is created when THC is exposed to light and oxygen. It’s known to have some mild psychoactive effects, and it appears to increase the effects of THC. CBN’s primary reported effects are as an anti-epileptic, anti-spasmodic and reliever of intraocular pressure. Recent studies suggest that CBN can be administered as an antidepressant, can be used to prevent convulsions and to sedate patients experiencing pain.

What it treats: It may make users dizzy or groggy, and is not usually sought-after for medicinal purposes. If you don’t want an intense body high, keep your cannabis in an airtight container and put it in a dark spot. CBN has also shown promise for those suffering from Glaucoma, inflammation and insomnia. CBN is often referred to as a natural aspirin or non-narcotic type pain reliever (analgesic), but is estimated to be three times stronger.

the anti-inflammatory and anti-viral effects of cannabis, and may contribute to the overall analgesic effects of medical cannabis. CBC may have potential to inhibit the growth of cancerous tumors due to its interaction with anandamide, an endocannabinoid known to fight breast cancer. Studies suggest CBC works best in conjunction with CBD and THC to create a synergistic effect.

What it treats: A 2011 study in the British Journal of Pharmacology found that CBD and CBC stimulated descending pathways of antinociception and caused analgesia by interacting with several target proteins involved in nociceptive control. It helps in fighting bacteria as an anti-fungal also as an anti-inflammatory, pain relief, anti-biotic, depression and brain growth.  Research also suggests that CBC is an inflammation and pain inhibitor, which has been successful for treating migraines and stimulating bone growth.

We look forward to reporting on 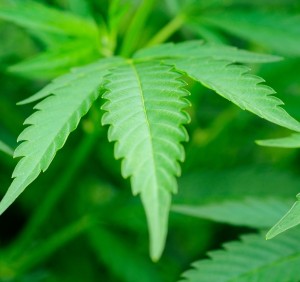 properties as they are discovered. As always, we want to reiterate that these chemicals are most effective when combined. Whole-plant treatment gives patients benefits that have yet to be identified and isolated, and by separating chemicals, you could be losing important medical benefits. By all means, try strains with varying levels of these compounds to see how they affect your particular ailments, but make sure you’re using the whole plant.

Did you know that there are 480 chemical compounds in…