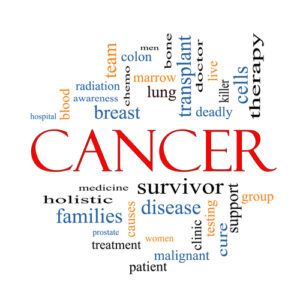 In our efforts to cull cancer-related cannabis stories, we’ve become amazed by the speedy strides that cannabis continues to make in 2013. Not only is the cannabis landscape changing, with more developments in Cannabidiol and cancer testing, but so are the opinions of a majority of non-cannabis users, with financial writers suggesting investment in a marijuana business arm. It’s a wonder that it took us this long to become more open with discovering the beneficial possibilities that cannabis can provide, but it’ll only make the end result that much more worth it. Curing cancer is one amazing thing we hope cannabis can achieve, but giving patients unadulterated access to relief is a feat definitely attainable, more widespread, and certainly welcome with open arms.

Some Financial Rest for the Non-Wicked

grace of a February raid. The raid of a couple’s Florida home came after receiving attention from a Miami Herald article in which Senator Jeff Clemens (D-Lake Worth) named a proposed bill legalizing medical marijuana after Jordan, a 25-year fighter of the Lou Gehrig’s disease (with the help of cannabis treatments). Though Florida is a non-medicinal marijuana state, it courts let some medical cases be an exception – the Jordan case may be one of them.

Terminal cancers make some people fight harder than others to find relief and enjoy life, and 42-year-old Tracey Gamer Fanning is a Connecticut warrior doing just that. Her state recently joined the medical marijuana ranks, but she still finds it difficult to be a patient – there is no where to legally buy cannabis. Fanning and Fanning’s doctor are hoping to change that and the lives of suffering patients by speaking out.

Maryland is Not the 19th State to Legalize MMJ

With just less than half the United States as a medical marijuana state, we’re well on our way to becoming a united cannabis nation. However, not all states are created cannabis-equal and Maryland is a prime example. Despite the Maryland Senate’s legalization efforts, the Americans for Safe Access advocacy group feel that Maryland has fallen short of being a medical cannabis state.

In January, we shared California researchers’ small-scale success with cannabidiol

(CBD)  “stopping” metastasis in certain cancers. Today, we’re sharing that they’re a couple steps closer to taking this much-needed discovery to the next level – human-testing. The fact that cancer patients may get to meet their possible savior in this lifetime speaks volumes when it comes to a plant that’s on the wrong section of the Federal Drug Schedule, no?

Fancy Financials Take A Look at an MMJ Cash Cow

Despite marijuana’s federal standing, it’s a good time to start looking into investing in the possible cash cow of a drug. At least, that’s the gist we get from Forbes writer Jordan Terry and his story on Nuvilex’s medical marijuana arm of the business. As noted earlier, the medicinal landscape is changing and this biotech company is responding to that change, so get in the game early and avoid being a band-wagoner.

Illinois Doctor’s Taking to the Front Lines of MMJ Legalization 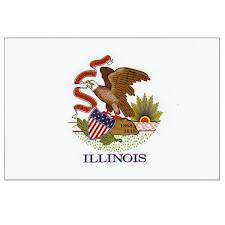 The battle with marijuana legalization (medically and recreationally) has been a long one, but it’s getting better by the month, especially with medical professionals heading up the fight. As is the case with Illinois, and the 250 doctors’ plea of state lawmakers to legalize medical marijuana. Who better to accept advice from than from professionals themselves?

Must Watch: (The Wild Wild) Code of the West Documentary

It’s easy to get caught up in state-level cannabis legalization victories because it’s another success for suffering patients. But the forward momentum of medical marijuana legalization can sometimes tend to have moments of delay, or even continued despair. To get both sides of the story, help manage your expectations, and re-inspire yourself to strive for better marijuana advocacy, watch Code of the West.

The Berlin Wall of pot prohibition seems to be crumbling…

The idea behind cannabis testing is to keep patients safe…