What Is Marijuana? What Is Cannabis?

What Is Marijuana? What Is Cannabis?

The three types originally come from South and Central Asia.

Cannabis has been used for hundreds of years by humans, for fiber (hemp), seed oils, seed, medical treatment and recreationally.

This article focuses on cannabis’ medicinal and recreational aspects.
The word “Marijuana”

The word marijuana, with its current meaning, is said to come from Mexican Spanish, which then spread to other Spanish-speaking nations, and then made its way into English, and other languages as well. Marijuana, which means “Maria” (Mary) and “Juana” (Joan or Jane), is sometimes misspelled as marihuana or mariguana.

However, the Oxford English Dictionary says that the term comes from the Nahuatl word mallihuan, which means “a prisoner”. Nahuatl is the language spoken by the Aztecs of Mexico. Some linguists dispute this connection between the Nahuatl word and the term marijuana.

The Oxford English Dictionary says that the term “marijuana” came into usage in the English language at the end of the 19thcentury.

What is Cannabis, the drug?

The drug, cannabis, is produced from the Cannabis sativa or Cannabis indica plant. The plant is related to hops and nettles. Cannabis grows wild in many parts of the world.

Cannabis, the plant, contains over 400 chemicals, including a penicillin-like antibiotic, cannabidiolic acid. The Cannabis plants’ chemical derivatives can be used for either recreational or therapeutic (medicinal) purposes.

As a recreational drug, cannabis can come in a variety of forms, including:

What are the main active ingredients of Cannabis?

The main active ingredients are called:

Skunk, a type of cannabis, is especially powerful because it contains up to three times as much THC as other types.  The three types of Cannabis plants. Cannabis indica has a higher CBD/THC ratio than Cannabis sativa. Higher-ratio Cannabis has a lower risk of producing anxiety.

What are the effects of recreational Cannabis?

Cannabis, or marijuana, is most commonly known as an illegal drug that is sold “in the street”. It can be rolled into a “joint” (like a cigarette), a “blunt” (using cigar paper), placed into a pipe, brewed as a tea, or added to foods. 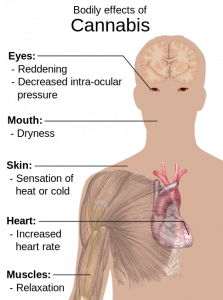 When cannabis is consumed for recreational purposes, the following effects are possible:

What are the possible therapeutic (medical) benefits of Cannabis?

For decades, reports have been published about the potential medical benefits of Cannabis or substances that exist in Cannabis. Some have been backed by science, while others need further studies. Below are some examples:

Preliminary studies have also found indications that Cannabis may have therapeutic uses for the following (further studies are needed):

What are the forms of Cannabis people use?

Unprocessed – marijuana (cannabis) most commonly refers to the dried flowers, leaves and stems of the female Cannabis plant. This is the most popular presentation of marijuana for recreational purposes, and most probably for its medicinal use too. It is smoked.

Should Cannabis be legalized?

Opinions vary widely regarding what the legal status of Cannabis. Some are fervently in favor, while a similar number are strongly against any form of legalization. A number of scientists, as well as patients, especially those suffering from chronic pain, are usually able to see the pros and cons of medical Cannabis more objectively.

At Medical News Today, we receive hundreds of opinions every month regarding the legal status of Cannabis. Below are the most popular ones:

If Cannabis were legalized it would come under the same stringent scrutiny as other approved drugs. Even producers of alcoholic drinks are under pressure from national food and health authorities to maintain good manufacturing practice.

Criminalizing Cannabis, a “herb” which is less harmful than, for example, alcohol, seems counterproductive. Legalizing marijuana would free up police time and resources to fight real crime.

There is no good medical reason to ban marijuana. Alcohol is legal, and causes millions of car accidents, domestic violence incidences, episodes of child abuse, and devastating illnesses and conditions every year. Marijuana is nowhere near as bad for the health as alcohol. If alcohol is legal, then why not marijuana?

Governments should only limit people’s choices if the person’s actions endanger others. This is not the case with marijuana.

Investigators reported that past and present cannabis consumers possessed a lower prevalence of adult onset diabetes, even after authors adjusted for social variables (ethnicity, level of physical activity, etc.)

The Cash Hyde Foundation: “There’s A Giant Hole In My Heart Where You Belong Cashy” by Kalli Hyde

Well Cashy it’s been a little over two months since… 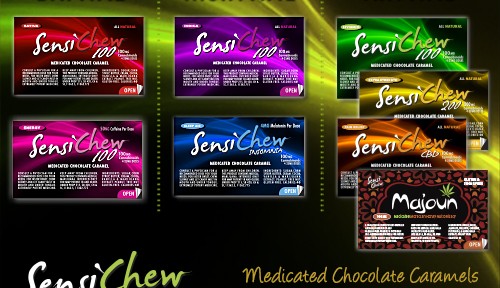